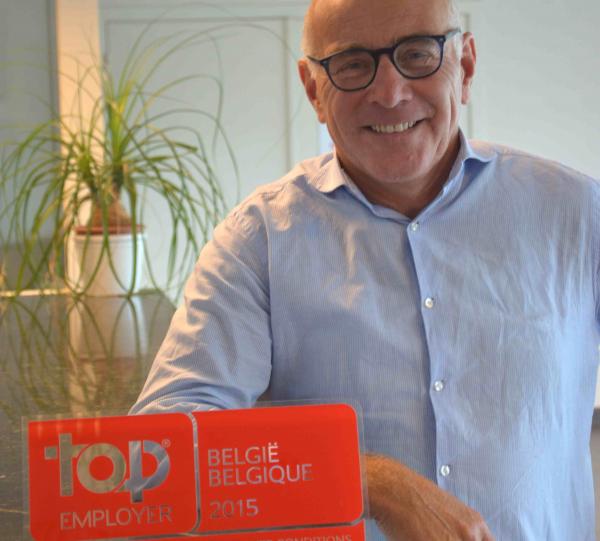 In November, employees of Kärcher Belux (Belgium and Luxemburg), manufacturer of cleaning equipment and products, will be moving into new offices following the completion of a new two-building complex alongside the A12 highway in Wilrijk, near Antwerp.

It asked SPIE to design and install high energy efficiency heating and cooling systems. The contract to install heat pumps, underfloor heating and cooling pumps and solar panels for the new buildings was awarded to Devis, a subsidiary of SPIE Belgium, following a call for tenders by designer, Archimedes.

A key requirement of the tender was the use of sustainable installations with low energy consumption. The installation work will be completed by the end of November 2015.

Devis has performed similar installations for Boerenbond, the Flemish farmers’ union, in Leuven and the firemen training centre in Emblem, while parent company, SPIE also has experience with complex installation projects and has managed many comparable developments.

A core objective for Kärcher was minimising its new buildings’ energy consumption. To achieve this, the temperature is consequently regulated by the heat pumps and an underfloor heating and cooling system.

“I must say, collaborating with these two parties, Kärcher and Archimedes, has been particularly positive,” stated Eric Everaerd, Commercial Director, SPIE Belgium. “We are grateful to Kärcher for entrusting us with such a large scale installation in their buildings.”

FM On The Road In The Renault UK Clio Cup

OK - not exactly fleet as you wouldn't expect to drive one of these souped-up Clios on the road but they are transporting Spie 365 Facilities Director Jeff Alden to a...

SPIE UK has begun work at Arlington’s Gloucester Business Park, for a building services contract worth close to £2.5 million. Arlington is a specialist...