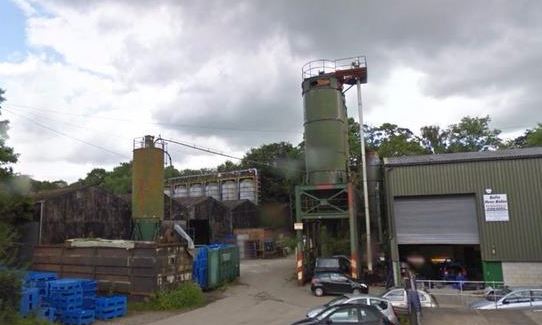 Fire and rescue crews have been called to a report of an explosion at a Wood Mill in Bosley near Macclesfield in Cheshire.  Four people have been trapped. This incident comes just days after two men died in a fire at a Norwich factory

Fifteen fire engines were called to the scene a little after 9:00am on Friday morning (Jul 17) to deal with the aftermath of two explosions.

The incident involves the collapse of a four storey building. There is a fully developed fire in several areas. Firefighters are facing a dangerous situation as they cannot rule out further explosions.

Fire crews continue to tackle the fire. The Ambulance Service have confirmed that two people have been taken to hospital. 15 fire engines remain at the scene. Three Urban Search and Rescue Teams have also been called to assist with the rescue efforts.

There have been three further explosions. At the moment there is a theory that a faulty motor has ignited dust in a silo.

A local resident said:   "We live half a mile away and the shockwave of the first explosion made it feel that something had hit the house. We could see smoke and flames. The roads have been sealed."

"A lead doctor is also on scene. We are currently assessing and working closely with other members of the emergency services, with our priority being to ensure people receive the medical treatment they need as quickly as possible. Our primary role is to assess the level and nature of injuries and ensure that those people most in need are treated first and taken to hospital.

"At this stage, it is too early for us to confirm the number of casualties."

"So far one patient has been taken to Royal Stoke University Hospital by land ambulance and one patient taken to Wythenshawe Hospital, Manchester, by air ambulance suffering from burns.

‘We advise people to stay away from the area and for local residents to keep windows closed."

Officers from the Norfolk Constabulary confirmed that two people have died at the scene of an industrial incident which happened at 9:20am on Monday morning (Mon 13) in Hellesdon, a suburb or Norwich.

Initial reports from the scene suggested an explosion had taken place. The men, one aged in his 50s and one in his 20s, both thought to work at the premises involved, died as the result of the incident. No-one else required medical attention.

All emergency services were at the scene and road closures and exclusion zones were put in place.

Picture: From the scene with thanks to Ashley Cashfield on Twitter. 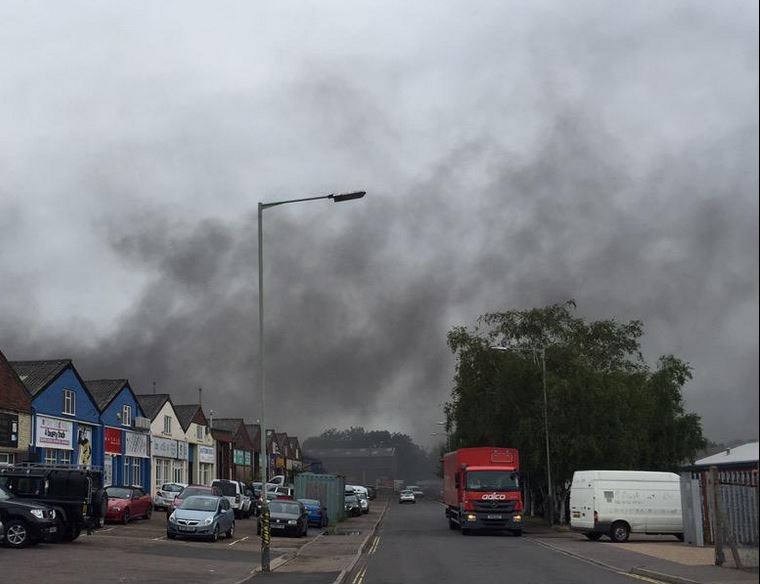 Update 09:15 on July 31 The search and rescue teams are continuing their search, while firefighters continue to cool the silos. Options to fully extinguish the...