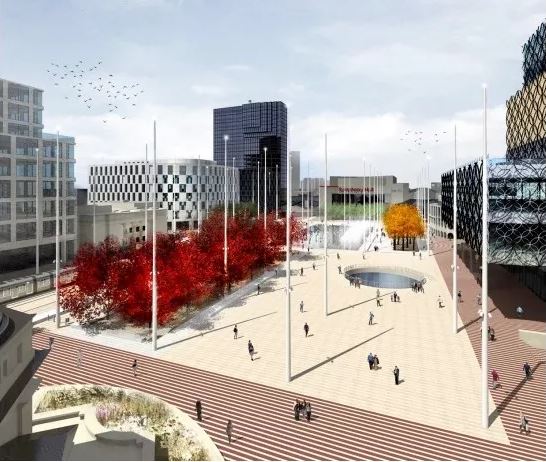 Birmingham City Council has appointed the construction company, Bouygues, as the main contractor to transform Centenary Square in the heart of the city centre with a value of £10 million.

The revamped square will provide a new destination for the Midland Metro and include a water feature, plus 43 lighting columns standing at 25 metres in height.

The Council has also selected Bouygues to replace the structural cladding on the Elms Farm Primary School in Sheldon.

The third project comes from the University of Birmingham, who handed the company a £5.5 million contract to refurbish the university’s current facilities to provide teaching space for the Psychology and Brain Dependency unit.