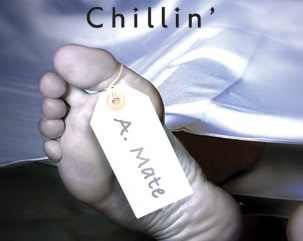 For the first time ever limits have been set for illegal drugs, including heroin, cocaine, LSD and cannabis as well as a number of medicinal drugs including morphine and methadone.

The new procedure will bring detection of drug driving into line with the widely understood drink driving enforcement procedure. Police will no longer need to prove that driving was impaired. They will only need to obtain a blood sample and show that any of the specified drugs are present above the prescribed limit.

The new law has specified zero-tolerance limits for a range of illegal drugs, and will be enforced with the aid of roadside screening devices. Those found guilty will face a maximum six month jail sentence, £5,000 fine and automatic 12 month driving ban.

The extent of the UK’s drug driving problem was revealed by the road charity, Brake last year. In its survey it found that the equivalent of 1 million drivers (3%) admitted to having driven on drugs in the past year. One in nine (11%) said they thought they had been a passenger with a driver on drugs. According to the Department for Transport, it is estimated that drug driving may account for as many as 200 deaths a year in the UK.

“We believe the government is doing the right thing by taking a zero tolerance approach; we hope this will make it clear that driving on any amount of drugs won’t be tolerated,” said Julie Townsend, Deputy Chief Executive, Brake. “The crucial next step to back up this and other vital life-saving traffic laws is for government to give greater priority to traffic policing, to ensure the recent trend of falling traffic police numbers is reversed.”

There have been some reservations expressed by both the police themselves and lawyers. "There will be a temporary delay while we ensure our equipment has the right certification and our officers have the right training and understand the required procedures," explained Mark Dexter, Police Chief Inspector, Greater Manchester Police. He also expressed a need for clarification for the legal aspects.

The prescription drugs that fall under the new law include morphine, Temazepam, Oxazepam, Diazepam and Methadone.

As far as any problems arising from dealing with those who were using legal prescription drugs, Damien Simmonds, a lawyer at JMW solicitors in Manchester, thought the change could create legal "complications". Talking to BBC Manchester, Mr Simmonds said many users of prescription drugs who "feel they have done nothing wrong" might find themselves prosecuted for failing to provide roadside samples to police.

"There's a lot of people driving on levels they feel comfortable with, that they've been prescribed," he told BBC Radio Manchester.

Picture: While some have expressed a degree of caution over the new law on drug driving, many road charities have welcomed the legislation.