Breaking Up is the Hardest Thing to Do 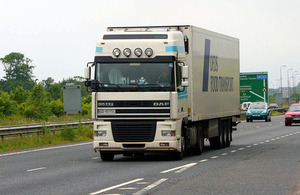 The so-called Brexit and its potential impact on the logistics industry is analysed by Andrew Austin, Group Operations Director Priority Freight.

With no sign yet of 2016 heralding any fresh answers, there is little hope of the migrant crisis abating in the near future.

A humanitarian disaster of historic proportions, the effect of which continues to be felt throughout Europe, it is a costly issue in more ways than one and the European supply chain is certainly not immune.

The battle lines have also been drawn and in less than four months from now Britain could start the process of separating itself from the EU. A lot of the public debate, particularly in the tabloid media, has focused on freedom of movement and the nation’s so-called ability, or inability, to control its own borders. Beyond this rather emotive subject, another freedom – free movement of goods – is an equally important factor for the UK economy and central to an effective and efficient logistics network operating throughout Europe and the wider world.

What impact would ‘Brexit’ have on the international logistics industry?

At this stage, it is difficult to predict with any certainty and this ambiguity is a concern in itself. What we can state with some confidence is that Britain operating outside the EU would add complication and cost to the supply chain and inhibit movement of goods across our borders. Rather belatedly, British businesses have woken up to the potential ramifications of Brexit. The leaders of many of the biggest companies in the country have come out strongly in favour of staying in.

The UK automotive industry is a case in point – 77% of members of the Society of Motor Manufacturers and Traders (SMMT) consider remaining in the EU the preferred option. Nissan, BMW and Toyota have all recently made clear their strong preference for Britain to remain part of the club. The automotive sector supports 800,000 jobs across the UK and contributes £15.5 billion to the UK economy. When the SMMT asked what potential reform would be most beneficial to their business, the most popular response (from 66% of respondents) was ‘better regulation and reduction of red tape’.

Rather than reducing red tape, Brexit would mean the opposite as the country would have to take on the challenge of negotiating its own trade deals with the rest of the world.

Those campaigning for the UK to leave from an economic perspective say that Britain will never reach its true potential within the EU; unshackled, Britain would soar as an open economy that continued to trade with European countries and the rest of the world.

The ‘reality’ is not that straightforward. The EU is currently in free-trade talks with the US, China and India, from which a ‘sovereign’ UK would be excluded. The EU has 53 such deals and the UK would have to try to replicate them which would be a huge challenge. The US, China and India have made it clear that they would prioritise a deal with the EU over any agreement with Britain.

Brexit would most likely lead to an uplift in demand for specialist logistics services, e.g. managing complicated and unfamiliar customs procedures as businesses get to grips with life outside EU-negotiated free trade deals. Whatever the outcome of the June referendum,

Ultimately, if you believe in free trade and freedom of movement, the benefits to Britain of its EU membership have probably never been in much doubt. In a world with a network of international treaties and obligations, sovereignty is an opaque concept. The UK outside the EU would still have to comply with the rules of which it would have no future role in formulating.

Voting to ‘leave’ or ‘remain’, either way it is a big decision and one that needs some serious thought, not least from those within businesses that have come to rely on the free movement of goods.

Picture: The decision to leave the EU in June could complicate the free movement of goods to the UK’s detriment