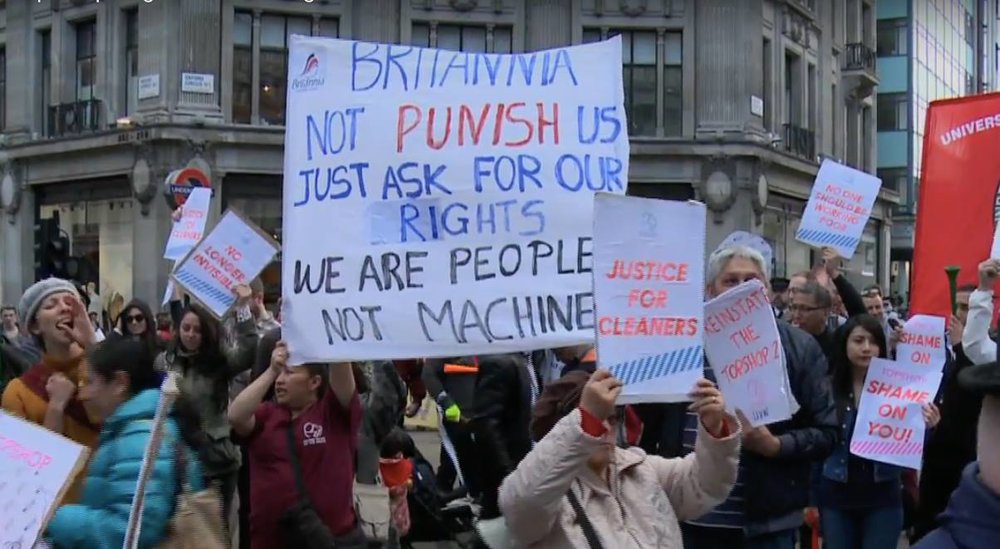 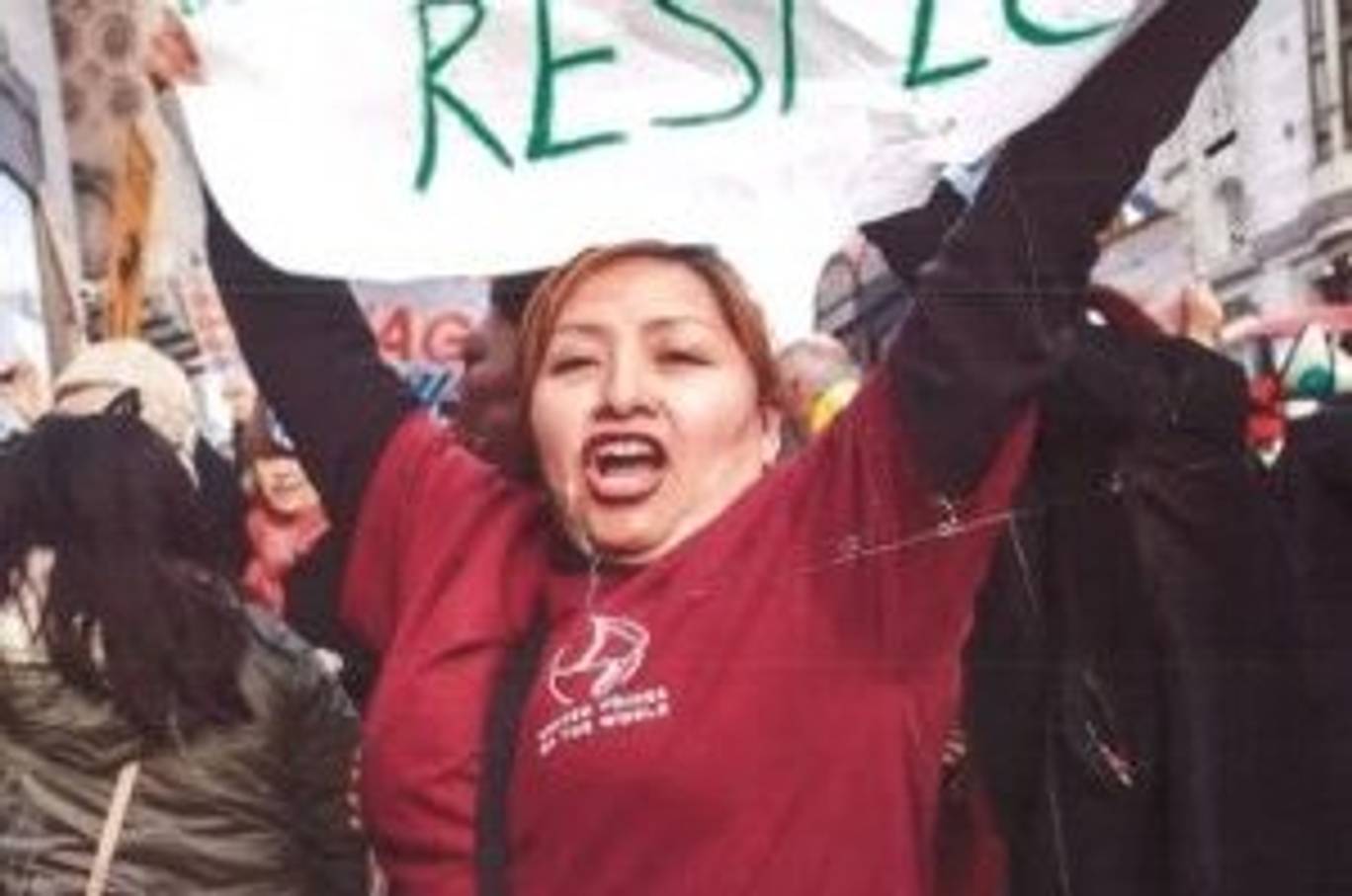 An Employment Tribunal has found in favour of Susana Benavides, a sacked Top Shop cleaner and now her direct employer, Britannia Services, faces paying out a whopping £75,000 for her unfair dismissal.

Benavides has been a full-time UVW (United Voices of the World) organiser ever since being unfairly given the old heave-ho from her position at Top Shop Oxford Street in London. Benavides had acted as a shop-steward previously and involved the UVW in a number of grievance issues that were put forward to the owners of Britannia and also managers at Arcadia (the retail conglomerate headed by disgraced billionaire Sir Phillip Green) which owns the Top Shop brand.

The Tribunal heard the case last year and made its decision in January but has only recently sent both the Claimant (Benavides) and the Respondent (Britannia Services Group) the official ruling.

At the weekend (February 23-24) it was reported that Britannia intend to appeal.

The Tribunal ruled that Benavides was sacked principally due to her union related activities, rejecting the argument that a union’s typical activities cannot include large scale public direct-action protests.

Benavides had slowly angered her bosses - David Shaw owner and MD and his wife, Carol by presenting joint grievances from up to 15 of her colleagues. She also attracted the wrath of her manager Ashraf Estefanous and her supervisor Samuel (whose surname has not been included in the ruling).

Then in March of 2016, Benavides was instrumental in organising a UVW protest outside Top Shop on Oxford Street where she used a loudhailer to call for Arcadia to back a demand for the Living Wage. UVW is known for its large scale public direct-action protests and the protest attracted huge media coverage - and a big police presence as London's most famous shopping street was congested.

The Shaw's called Benavides to a disciplinary hearing (although the pair denied it was such at the hearing) and claimed their client had asked for her to be transferred to a different store and this transfer would pay her more (7.50 an hour), give her more hours (30) and make her journey to work easier (the store was in the City of London to the east of the Capital). It was more than implied that if she did not take the offer, a formal procedure leading to dismissal would take place.

It was found by the Tribunal that the client did not in fact ask for a transfer and when told this of the plan, was very concerned that a dismissal would prove unfair and reflect badly on Arcadia and Top Shop.

Ultimately, Benavides was dismissed on 15 October 2016 on the grounds of gross misconduct for her purported 'activities on social media'. Assisted by UVW, Benavides commenced her claim on 22 October 2016.

Benavides' protest - and a 37,000 signature petition delivered to Top Shop did result in the fashion retailer insisting that Britannia raised cleaners' wages - not the London Living Wage but minimum wage (also known by the Government as the Living Wage) plus 30p.

Benavides is said to have been behind other protests that included 600 flyers planted in the pockets of garments, announcing the ' hypocrisy of Top Shop claiming to fully subscribe to the concept of the living wage while contracting services to poverty wage employers'.

This was not the first time Britannia Services Group had faced an unfair dismissal claim. In fact, another employee, dismissed in 2018 was due to have her case heard at the same time as Benavides but Britannia agreed they were in the wrong and chose to settle out of court. However, the facts of the case were put before the Benavides Tribunal.

As the Tribunal only issued its outcomes on February 15, the sum that Benavides may be awarded has been calculated by the United Voices of the World.

Picture: Britannia Services, faces paying out a whopping £75,000 for the unfair dismissal of Top Shop cleaner Susana Benavides (pictured below being interviewed for national news TV coverage) who organised a massive 2016 demo in favour of the London Living Wage outside Top shop Oxford Street.