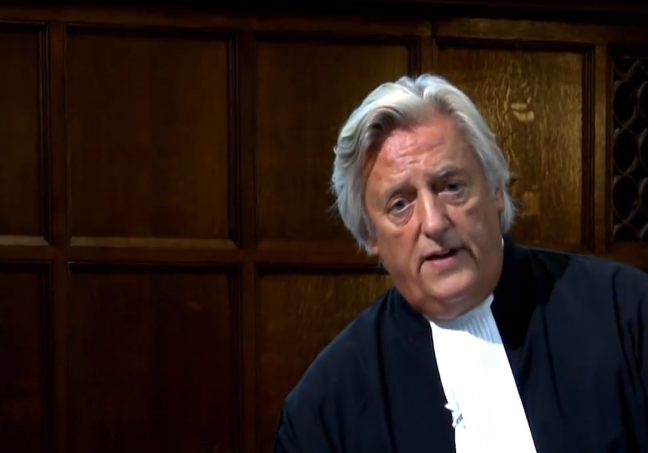 The radical union, United Voices of the World, has done something radical - organising  paralegals, solicitors and barristers across the UK to join cleaners, security guards and receptionists in a unionised drive to tackle poverty pay.

Working with United Voices of the World (UVW), the senior legal staff, along with interns, personal assistants, legal administrative staff, trainee solicitors and pupil barristers, have formed the Legal Sector Workers United (LSWU). The LSWU will campaign against low pay and inequality and also fight to bring back legal aid.

LSWU will represent all workers in the sector including cleaners, security guards, receptionists.

Leading figures from the legal world, including Michael Mansfield QC and John Hendy QC, have come out in support of the creation of LSWU. Mansfield said: “This initiative is long overdue. I was involved in an earlier effort in the 1970s which was far less ambitious and did not survive. This has the advantage of a far wider constituency of workers who are constantly at risk of exploitation and marginalisation despite their critical role.”

The legal sector is itself riddled with poor pay and huge wage inequality, with junior workers are bearing the brunt. Paralegals often do not even earn the real London Living Wage of £10.55 per hour, yet equity partners in the same firms can take home over £2 million per year. Likewise, some junior barristers earn as little as £12,000 per year and can often earn under even the minimum wage after costs are deducted for a days’ prosecution which is sometimes paid at a flat fee of £46.50. These wages have already pushed barristers to take strike action over the past two years.

LSWU also aims to face the Ministry of Justice (MoJ) head on over its cuts to legal aid and its failure to pay the real living wage to 3,000 of its in-house and outsourced staff.

UVW is already in dispute at the MoJ where its members - the Ministry’s security guards, receptionists and cleaners - have walked out on strike for a total of six days demanding the Real London Living Wage hour and equality of terms and conditions with civil servants.

John Hendy QC, Chair of the Institute of Employment Rights and the UK’s leading trade union and employment law barrister, said: “I support the unionisation of all workers in all sectors. The inequalities in income and in terms and conditions in the legal world are notorious and I therefore support the initiative to form the Legal Sector Workers under the banner of United Voices of the World.”

A LSWU founding member said: “UVW is a path-breaking union with a well established record of organising the most precarious and vulnerable workers in the UK who are often considered un-organisable by the established unions. This is precisely what legal workers now need. That’s why LSWU is being launched. We aim to collectively bargain with our employers all over the country, in solidarity and co-ordination with all of us who make up this sector.”

Jonathan Black, President of the London Criminal Courts Solicitors’ Association (LCCSA), said: "I welcome the launch of this organisation which will seek to bring about a common purpose across the legal professions and beyond. The law may be broken but it can be fixed by ensuring the voices are heard, not only through the LCCSA but also through the LSWU.”

Lucie Wibberley, a criminal defence barrister at Garden Court chambers, said: “With the arrival of LSWU, as part of the Trade Union movement, we see a new generation of lawyers, with a renewed sense of purpose and a vision for the future, determined to protect legal aid and all that it stands for. It signifies a turning point in the politics of legal provision and a step towards a brighter future.”

An Employment Tribunal has found in favour of Susana Benavides, a sacked Top Shop cleaner and now her direct employer, Britannia Services, faces paying out a whopping...