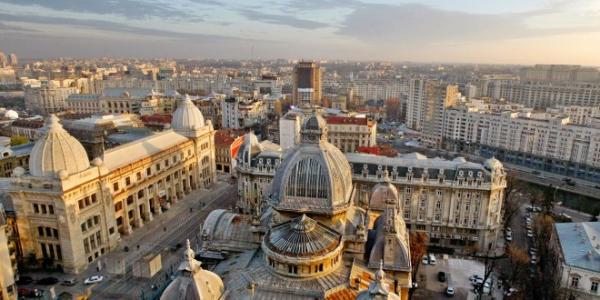 In a report published this week by the House of Lords Select Committee on Digital Skills, it was revealed that London had far slower broadband speeds than Bucharest, Romania.

In fact, London was squeezed between Warsaw and Minsk at a download speed of just 25.44Mbps, a poor performance compared with a surprising 80.14Mbps from Bucharest and Paris, in second place at 78.6Mbps. Even Kiev, the capital of war-torn Ukraine was able to beat London with 32.76Mbps.

The title of the 144-page report – Make or Break: The UK’s Digital Future – may sound dramatic but it comes after a number of critical comments on the poor performance in the capital last year. Speaking to the Evening Standard, committee Chair Baroness Morgan said the report is a “call to action” for the UK. “We saw and heard lots of evidence of great entrepreneurship and creativity in London,” she stated. "But we also heard that there is a danger that London is not keeping up with its international competitors."

In fact, London trails behind other places in the UK, coming a desperately disappointing 38 out of 40 British cities and towns. Mayor of London, Boris Johnson, held a summit with major internet providers on the topic but an advisory group that was formed to deal with the problem has yet to come up with any improvements.