Broadband - Could do Better 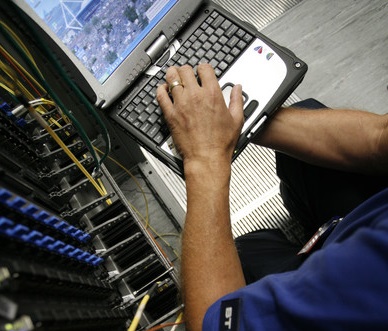 According to its latest Infrastructure Report 2014 on the availability of the internet and broadband, Ofcom reports that the UK is making ‘good progress’ in the spread and take up of key communications services.

The report looked into all of the country’s telecoms, broadcasting and wireless networks. However, it recognises that there is still more to do, particularly in improving broadband and mobile availability and quality of service for consumers and businesses across the UK.

While the overall availability and quality of broadband services is getting better, Ofcom’s report identifies specific challenges:

Ofcom has found the average UK household or small business is downloading 53 Gigabytes (GB) of data on their fixed broadband line every month, equivalent to 35 feature films, and a 77% increase on 2013. The growth is being driven not only by increasing use of high-bandwidth services, such as video streaming, but also the introduction of faster connections supporting multiple users.

On connections slower than 10 Mbit/s, performance these web activities may be impaired. Video streaming, in particular, can work less well when there are simultaneous demands on bandwidth from different devices of the user.

Picture: Ofcom has found that there is a better picture for internet and broadband use in the UK. Above, a BT engineer installing fibre broadband for a commercial operation in Northern Ireland

Is It Wrong to Wish on Spacehardware?

SpeedCast is a global satellite communications and network service provider. The company has just announced that it has partnered (Week ending August 12) with...

Businesses across the UK, particularly in rural areas, are still without reliable broadband connections, despite companies saying the availability of fully functional...

You Don't Get If You Don't Ask

A national organisation which has campaigned for better broadband for rural businesses is itself now benefitting from faster fibre technology, thanks to the Superfast...

Advertised broadband speeds which are only available to 10 per cent of customers are 'misleading and don't reflect the experience of many users, particularly...