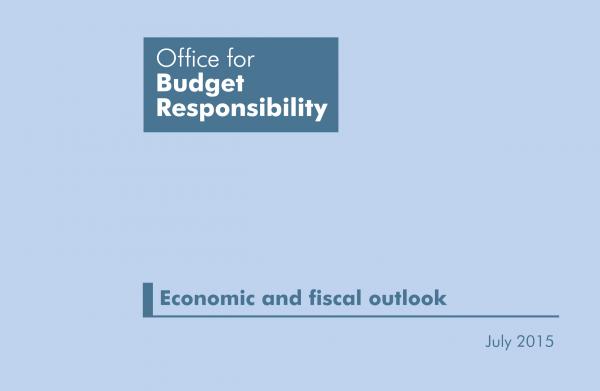 The Chancellor has announced a compulsory National Living Wage to be administered by the Low Paid Commission. The Office for Budget Responsibility (OBR) has stated that a living wage might have an impact on jobs in the short-term but will be a positive contributor to 1 million more jobs by 2020.

A cut in corporation tax and national insurance will be made to help all firms adjust. An apprentice scheme that sees big firms paying into a fund on the basis they will get more out than they pay if they take on apprentices has also been included in today's (Weds 08) budget.

Picture: The full OBR report can be read here - warning - it is 221 pages long but does contain a comprehensive index - can be read by Clicking Here

Ofsted is due to publish a report on Wednesday (October 21) about apprenticeships in the UK and has found some aspects wanting in terms of quality. The head of Ofsted,...

The Department for Business, Innovation & Skills has stated that the term ‘apprenticeship’ will be protected in law. With over 2.2 million...

The Budget - Impacts on the FM Industry

A number of industry leaders have commentated on last week's Budget and what it has in store for the FM industry and profession Sarah Bentley, Chief Executive of...