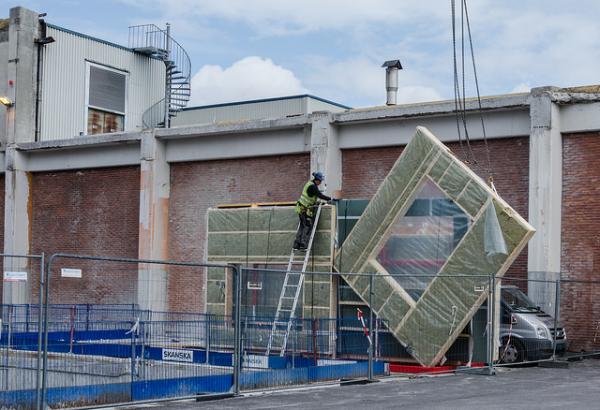 A lack of focus on recruitment could force building firms out of business says one recruitment consultant, raising fears that projects, fit-outs and refurbs could fail with budgets having to rise to get jobs finished.

According to One Way, a rail and construction recruitment consultancy, firms are recruiting on a short-term basis and are therefore forced to pay day rates that are well above the standard rate. Insolvency specialists, Begbies Traynor, recently published its latest ‘Red Flag’ report which found that over 40,000 construction companies were operating in a state of ‘significant’ financial distress at the end of June. A year ago the number stood at 33,222.

Paul Payne of One Way said: “Far too many construction firms don’t have a plan in place for finding skills when they need them on a short-term basis and are forced into a situation where they have to pay excessively high day rates just to get the staff they need.

"These statistics highlight that firms are being pushed to the brink.

"When construction firms look to become more efficient they often analyse their raw materials suppliers, however those savings are relatively small in comparison to those that could potentially be saved by developing people pipelines into the industry.

“The main issue preventing them from building these routes into the field is that there simply aren’t enough people in the industry and very few firms are doing anything about it. That means there’s a limited supply of skills in the market and the individuals in demand can essentially name their price as they’re so highly sought after."

Payne continued: "The skills shortages are only going to get worse once we leave the European Union, so it’s crucial that firms start planning before it’s too late.

"We’ve launched two campaigns to boost the number of women and youngsters entering the construction industry respectively. However initiatives like this are few and far between and we need to see more work taking place, otherwise staffing costs will continue to rise and firms could ultimately be forced out of business.”

The Facilities Show and the Protection Series run June 21-23. below are some first day highlights   Active FM Active FM covers a number of workplace...