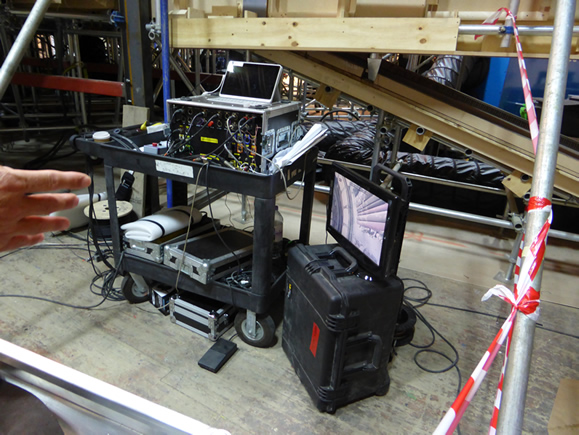 A building contractor has been fined after a worker was killed when a load fell from a tower crane during a lifting operation in Colchester.

Urban Summit Construction Ltd was the Principal Contractor on a construction site at King Edward Quay, Haven Road, Colchester, where 780 student accommodation apartments were being built.

On 8 January 2014, during a lifting operation using the site’s tower crane, a load become detached from the chains and landed on the Banksman who was in charge of the operation. David Holloway, 35, sustained extensive injuries and died on site.

The Health and Safety Executive prosecuted Urban Summit Construction Ltd at Colchester Magistrates Court after an investigation found the company failed to ensure that lifting operation was carried out in a safe manner.

Speaking after the hearing, HSE Inspector David King said: “It is essential that lifting operations are carried out in a safe manner, to help ensure the lift is carried out without risk to those in the area. Lifting operations must be properly planed by a competent person, carried out by adequately trained persons, and with appropriate supervision.”

“Guidance on carrying out lifting operations safely is freely available on HSE’s website, if this company had properly planned and supervised this work, this tragic incident could have been avoided”

The makers of Star Wars: The Force Awakens have been sentenced after failing to protect the actors and workers while on set during filming at Pinewood Studio, Slough, Buckinghamshire.

Harrison Ford suffered a broken leg and deep lacerations when he was knocked off his feet and pinned to the floor of the Millennium Falcon set, as a prop door closed on him. HSE’s investigation found that there was no automatic emergency cut off, to protect those on set, instead relying on the reactions of the prop operator(s) to bring the door to a stop.

Aylesbury Crown Court heard how a combination of preventable events, starting with how the door was designed, led to the incident.

During dress rehearsals on the 12 June 2014 Harrison Ford walked back towards the entrance ramp of the Millennium Falcon and pressed the prop door button to ‘close’ the door. As the cameras were not rolling he did not expect it to close. The production crew member who was operating the prop believed they were in full rehearsal and closed the door.

The door’s steel frame was overlaid with sheets of metal and had a tapered edge. It’s operation moved from ceiling to floor in a sharp downward motion. It did not have any automated safety mechanisms to cut out if a person was unexpectedly under the door.

The risk of the door causing a serious injury or death had been highlighted by one of the health and safety officers for the production company. Foodles Production (UK) Ltd should have put a system in place to ensure the actors and production workers were protected. A different design with inbuilt safety features or using a different material could have guarded against any possible miscommunication on a busy film set.

Foodles Production (UK) Ltd, who had pleaded guilty at a previous hearing to Section 2 and Section 3 (1) of the Health and Safety at Work etc. Act 1974, were today fined £1.6 million and ordered to pay costs of £20,861.22 at Aylesbury Crown Court.

HSE’s Divisional Director Tim Galloway said: “This incident was foreseeable and preventable and could have resulted in more serious injury or even death.

“The power and speed of the door was such that, had Mr Ford or anyone else had been struck on the head by the door as it closed, they might easily have been killed.

“It was only the almost instantaneous actions of the prop operator in hitting the emergency stop that prevented the door from continuing to press down on Mr Ford as he lay on the floor.

“I think everyone would accept that all the people who work in the film industry have a right to know that the risks they take to entertain us, including when making action movies, are properly managed and controlled.”

Picture: Harrison Ford was injured on the Star Wars set