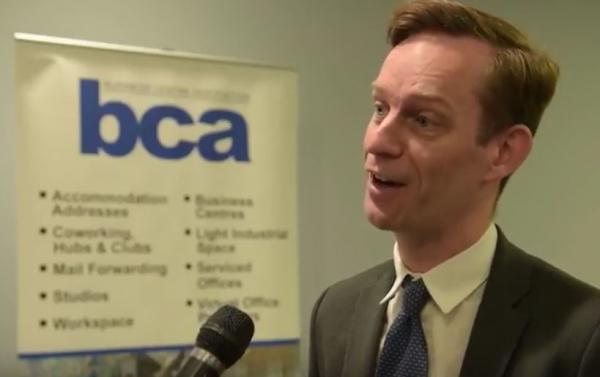 New research published by the Business Centre Association (BCA) in collaboration with CBRE has found that the business centre sector in London and across the UK continued to thrive in 2015 and 2016 despite initial fears about the impact of Brexit and its effect on the economy in the capital.

The findings come from 'The UK Business Centre Market' report which surveyed 580 business centres, representing 23% of the sector across the country, to assess the current state of the market. Overall, the report found the UK wide business sector is now home to 93,000 individual small businesses which employ over 480,000 people, supporting around £18 billion of GDP.

The research is published amidst a flurry of recent acquisitions and new entrants coming into the market place. In June 2017 alone, it has been announced that Blackstone have acquired a majority stake in BCA member, The Office Group, whilst Carlyle Group have made three acquisitions to boost its “Uncommon” flexible workspace venture. British Land have also launched Storey, a new flexible workspace concept.

This recent activity is predictable in light of the publication of the report which found that in London in 2016:

Occupancy levels in business centres in London have remained resilient at 80% which is the highest in the country. In Inner London, the figure increased to 84%, despite increased competition in the market place.

Serviced and managed office space dominates the business centre sector in London, with 93% of space falling into one of these categories.

The average amount of space taken by a business in London business centres is the lowest in the country. In London’s West End market, a business takes on average around 101 sq ft of space compared to the national average of 420 sq ft per business.

At the UK-wide level, the report found:

Speaking on the impact of the EU referendum on the sector, the Chair of the BCA and Director of Sales at Bruntwood, Andrew Butterworth, said: “After the referendum, almost immediately enquiry levels and demand levels fell…but they have come back and are now tracking long term averages. Business confidence started to return and people decided they needed to get on with running their businesses. As recent investment and acquisitions in the sector demonstrate, the prospects for the future of the sector are extremely positive.”

The continuing success of the sector within the commercial market is also evidenced by the growth in competition over the two years, as high levels of demand from customers drives fleet of foot operator innovation, and creates clearer and more distinctive customer offers and facilities.

Commenting on the findings presented within the report, the Executive Director of the BCA, Jennifer Brooke, said: “Our sector continues to push to the front of the commercial sector, with operators able to respond to customers and technology in a way which the traditional office market cannot. Whilst 2016 was a year of some uncertainty for many in our sector, this survey shows that the sector continued to grow and thrive amidst the instability created by political events. And, of course, Brexit has not and could not have stopped the pace of technological innovation or stemmed the ever-increasing aspirations of customers for higher quality space and more responsive service from our members. The sector looks set to respond positively to what is likely to be a challenging few years to come.

In London, occupancy rates have remained resilient despite the increase in the competition within the sector and the shrinking levels of space each business requires for their operation. The report shows operators and their customers continue to have the confidence to invest and grow.”

Miles Gibson, Head of UK Research at CBRE said: "Our annual survey of flexible space providers confirms that the workplace is now changing very rapidly. Business centres are turning the very idea of the office upside down, and their model is proving very attractive, with growth in customers averaging 28% each year between 2013 and 2016. The customer expectations created by flexible space providers present both challenges and opportunities for landlords more used to dealing with long term leases and conventional fit-outs.

As part of their “Places People Prefer” approach, British Land plans to focus on developing their mixed-use offering, to drive demand for their...

More than 850 UK-based investors have been surveyed to uncover their property investment plans in light of COVID-19. All of the investors surveyed have investments in...