Business Rates Are 'Not Fit for Purpose' 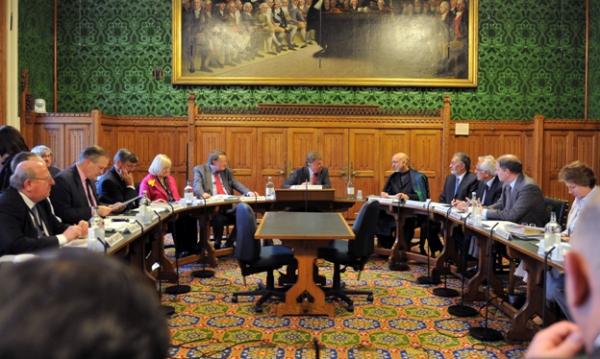 A Parliamentary Committee has criticised UK business rates as damaging to the existing and future retail sector in Britain, stating: ‘We conclude that business rates, in their current form, are not fit for purpose.’

This indictment comes from the Business, Innovation and Skills Committee.

While acknowledging that the retail sector is a ‘success story’, it attacked the fact that business rate levels are the highest in the European Union and that they posed a serious threat to the continuation of the High Street. ‘Business rates are a substantial cost to doing business in the United Kingdom and are one of the highest forms of local property tax in the EU’, said a Committee report’.  It continued: ‘The evidence overwhelmingly cited the issue of business rates as one of the principal threats to the survival of existing retail businesses’.

The Parliamentary Committee went on to urge the Department of Business, Innovation and Skills to put pressure on the Treasury and the Department of Communities and Local Government so that the retail sector could be encouraged to develop and invest, rather than to see it as a cash cow that could be squeezed dry.

The key points for proposed reform are:

The major criticisms to the proposals, such as those voiced by the British Chambers of Commerce, is that there has to be an acceptance that if change occurs, someone else will have to foot the difference. There was also a need to see business rates as affecting more than just the retail sector.

As an example of that, the Mormon Church in the UK has had to accept a decision by the European Court in Strasbourg this week that upheld a legal ruling that its Chorley temple was not exempt from business rates, although there was a reduced rate of 80% due to its charitable status.

Prime Minister, David Cameron, has accepted that the current system lacks the kind of fairness that should be there. Addressing the conference of the Federation of Small Businesses this week, he said reform was necessary but that there were inherent problems: ‘It is not going to be easy because rates raise about £24 billion and I don’t think there is any one solution that is going to make everybody happy.”

Mr Cameron was, however, told that the anomalies in the system have led to the situation where a local retail outlet in Rochdale was charged more per square metre than Harrods, proving that business rates were in desperate need of change.

Picture – image is for illustration only