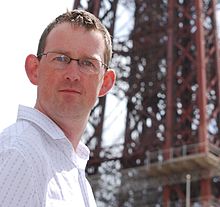 A parliamentary debate last week has highlighted government commitments to the disabled obtaining work and the experiences of the disabled.

The parliamentary debate last Thursday entitled Access to Jobs: Disabled People saw one disabled Conservative MP warning the government was in danger of failing to achieve its stated aim of halving the disability employment gap.

Paul Maynard, MP for Blackpool North and Cleveleys, who suffers from what he termed was a mild form of cerebral palsy, was candid on what he had experienced on leaving school to seek work. “It is not until one gets out there and tries to find a job that one really discovers the existence of prejudice against the disabled in society,” he observed. “I was not expecting to encounter it when making job applications, yet I rapidly ran into it and I do not consider myself to have a particularly severe form of cerebral palsy at all.”

Maynard told MPs that one of the proudest moments of his life was to see in the 2015 Conservative election manifesto a commitment to halve the disability employment gap, the difference between the proportion of disabled and non-disabled people in work. While saying he was proud that 340,000 more disabled people were in employment, he noted the 'difficulty will come when those with much more complex needs that are more costly to address come into play in terms of meeting the goal'.

Maynard urged the government to do more to guarantee its Access to Work employment programme was available to job seekers while searching for employment.

He believed Access to Work and the disabled students’ allowance should be merged into a single scheme.

She argued the new welfare reform and work Bill would result in 500,000 disabled people affected by impending £640 million cuts for new claimants of the employment and support allowance placed in the work-related activity group with £3.6 billion already made in cuts to social care since 2010.

Speaking for the SNP, Eilidh Whiteford believed there should be a mandatory obligation to force businesses above a certain size to monitor and publish data on the number of disabled people they employ. This would be: “A proportionate and effective way to improve access to work and would possibly help to tackle the direct and indirect discrimination that too many people who are disabled experience in the workplace," she said.

It fell to the Labour MP Ian Lucas, who had led the debate, to ram home the gap between government stated objections and reality with the case of the fate of many who had formerly been employed with Remploy.

Lucas mentioned the specific case of his disabled constituent, Margaret Foster, who had been unemployed since 2012 after the government closed a Remploy factory in Wrexham. “Many more people who were made redundant by the government were told that they would be able to go into mainstream employment but have not been able to do so.”

Ian Lavery MP, backed this case when he stated in the debate that more than two-thirds of his constituents in Wansbeck, Northumberland, were still unemployed after the Remploy factory shut its gates.

In a response to assure MPs that the government was keen to see Access to Work expand, Justin Tomlinson, Minister for disabled people, stated that it was expected approximately £123 million a year would be spent on the scheme by 2020 as against £100 million currently and that this would support 25,000 more people annually.

Dealing with the controversial decision at the time to close Remploy factories Tomlinson argued a 'tailored approach' got away from an outdated attitude 'away from specific workplaces or facilities...in order to significantly increase the number of people who could be supported to access the labour market'.

The scheme was also costing £22,500 per person per year and that Remploy staff affected by the closure of the factories had been offered 'tailored support' for a period of 18 months.

Picture:   Conservative MP, Paul Maynard, argued that disabled people still faced prejudice when seeking work and that the government should do more

Imagine if you could only access 2% of the internet. Persons with disabilities are living in that world, and businesses should continue innovating to create truly...

Boris Johnson has launched a new National Disability Strategy, including plans to consult on disability workforce reporting for businesses with more than 250...

Unify by Bruntwood has partnered with Pure Innovations to offer young people with disabilities a route into working in the FM industry.  Unify will...

Accessibility and Our Cities – Why is This Relevant to Inclusion?

How is the erosion of the traditional high street impacting access and inclusion in our cities? Whilst much is being written about how socially distanced,...