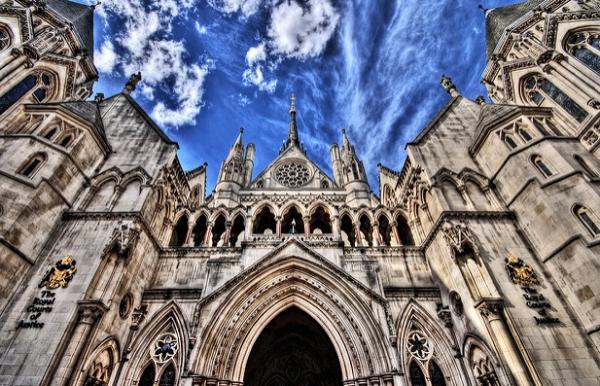 New rules came into force on February 28 that remove the 'legal costs cap' that will make it virtually impossible to bring a public interest case - such as ClientEarth’s air pollution challenge - to protect the environment.

ClientEarth, Friends of the Earth and the RSPB have started legal proceedings against the Lord Chancellor and Secretary of State for Justice to challenge what the organisations believe to be unlawful new costs rules for environmental cases.

The new rules weaken financial protection for people bringing a case, meaning they face unspecified legal costs in return for going to court to protect the environment. Judges will be able to increase the costs cap at any stage, making it impossible to know how much a case will cost from the start.

In a joint statement, ClientEarth, Friends of the Earth, and the RSPB said: 'Charities and NGOs are the main way people can mount an effective challenge to government decisions. We represent lots of concerned individuals who have chosen to pool their resources with us so we can defend nature on their behalf. We are an alliance of thousands of individual citizens who would otherwise lack the means and resources to take an issue to court. Access to justice, on equal terms, is everyone’s right'.

The House of Lords statutory instruments committee, which reviewed the rules, concluded that:

'Although the MoJ states that its policy intention is to introduce greater certainty into the regime, the strongly negative response to consultation and the submission received indicate the reverse outcome and that, as a result of the increased uncertainty introduced by these changes, people with a genuine complaint will be discouraged from pursuing it in the courts'.

This finding supports the view of campaigners that government’s new rules will make it prohibitively difficult for individuals and environmental groups to bring environmental cases of wide public interest. This includes cases such as ClientEarth’s challenge against the UK government over toxic air pollution.

The current rules cap the costs that individuals, community groups and environmental groups have to pay on losing a case against a public body. These caps are currently £5,000 for individuals and £10,000 in all other cases. Under the new rules, claimants will have to provide the court with information about their personal finances when applying for Judicial Review.

This information can be used by the court or the defendant to argue that the costs cap can be increased - or even removed altogether - at any stage in the proceedings. This makes it impossible for people to know how much a case will cost from the start and could force them to withdraw proceedings - but not before being exposed to very high costs.

The Scottish and Northern Irish governments are not seeking similar changes.

ClientEarth executive James Thornton said: "These cases are about the power of the people. The power to call out pollutors, businesses and authorities playing fast and loose with people's health and the environment. With unlimited legal costs, it will be virtually impossible to bring a public interest case. Without public interest cases, it is impossible to hold the government to account. This is even more of a risk if we have a hard Brexit, because the EU won't be able to punish UK law breaking.

"The UK's public interest cost rules are already more punitive than most. They are worse than the US, worse than China, worse than any other country in the EU. With these new rules, the government is choking off the last tool people have to protect their environment. By removing cost caps and allowing personal finances to be publicly examined, it creates a huge deterrent for those who would use law to defend people's health and the natural world.

"These cases are not brought for personal gain. They are brought to protect everyone, for the good of a whole country. To tackle air pollution, stop animal culls, prevent motorway building on the UK's most beautiful landscapes. At most, five or six are brought a year. Judicial reviews focusing on the environment - like ClientEarth's air pollution case - are 12 times more successful than those which don't relate to the environment. The UK needs these cases to protect its people and to protect its natural heritage.

Picture: The Royal Courts of Justice - the current cap on the costs of bringing cases against big businesses has effectively been removed