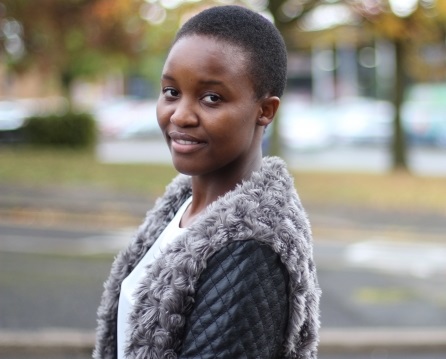 Bell Pottinger is the massive PR firm with offices all over the world founded in 1987 by the now Lord Bell (a Thatcher adviser) and Piers Pottinger. It is on the verge of implosion. However, that implosion has been slow in coming - the scandal the firm is embroiled in saw its first resignations back in 2016. First to go was a large investor, then Investec, followed by a 27 per cent shareholder that was so alarmed by its association, it handed the shares back rather than try to sell them. Then Bell (who is accused of instigating the campaign behind the scandal for a £100,000 a month fee) left to start-up elsewhere; then went a Swiss luxury goods firm; swiftly followed by the South African Tourist Board.

Carillion left on September 5 as did HSBC, Clydesdale and TalkTalk - the list is expanding almost minute by minute.

It is reported that CEO James Henderson has quit...with his 37% shareholding possibly worth nothing.

What is the scandal?

The scandal runs deep and involves being involved with a powerful and political South African family, the Guptas - who own Oakbay Capital. The focus at the moment lies in a social media campaign for Oakbay Capital that suggested there was a white monopoly in investments and it  was time for 'economic emancipation'. The idea was black South Africans are getting a raw deal when it came to investment opportunities when compared to their white counterparts.

The campaign has been accused of being divisive and inciting racial hatred - and also devious in the use of fake social media accounts to carry the messages; whilst internet profiles of Oakbay Capital were 'massaged'.

When the UK Public Relations and Communications Association ejected Bell Pottinger (having been reported to them and the Chartered Institute of Public Relations), the house of cards crumbled.

Curiously, although the FM link to this story is Carillion, an Oakbay Capital statement, penned by James henderson, also highlights security issues pertaining to a company coming under a social media attack. it is reproduced below:

Three months ago, Bell Pottinger announced that it had decided to cease work for Oakbay Capital.

We had worked for them for a year, following a competitive bid process.

When we terminated our work with Oakbay, we said we were doing so because of increasingly strong social media attacks on our staff and our business from South Africa, and that we regarded the criticisms of what our team had done as unfair.

These attacks on, and criticisms of, our staff continued and were clearly the result of strong and sincere anger. Most seriously, it was said that we had supported or aided campaigns to stir up racial division in South Africa. Therefore, we called in the leading independent international law firm, Herbert Smith Freehills LLP, to review the account and the work done on it. That investigation is still continuing and will be completed in the next few weeks. We intend to publish the findings of that report and take appropriate action.

However, we have already been shown interim evidence which has dismayed us. Much of what has been alleged about our work is, we believe, not true – but enough of it is to be of deep concern.

There has been a social media campaign that highlights the issue of economic emancipation in a way that we, having now seen it, consider to be inappropriate and offensive. At various points throughout the tenure of the Oakbay account, senior management have been misled about what has been done.

For it to be done in South Africa, a country which has become an international beacon of hope for its progress towards racial reconciliation, is a matter of profound regret and in no way reflects the values of Bell Pottinger.

Though the inquiry is ongoing, we have dismissed the lead partner involved and suspended another partner and two employees so that we can determine their precise role in what took place. As soon as we were made aware that we had been misled and that work was being done which goes against the very core of our ethical policies, we acted immediately.

At Bell Pottinger – a proudly diverse and international team – we have good, decent people who will be as angered by what has been discovered as we are.

We wish to issue a full, unequivocal and absolute apology to anyone impacted. These activities should never have been undertaken. We are deeply sorry that this happened.

Picture: One of Carillion's worldwide employees