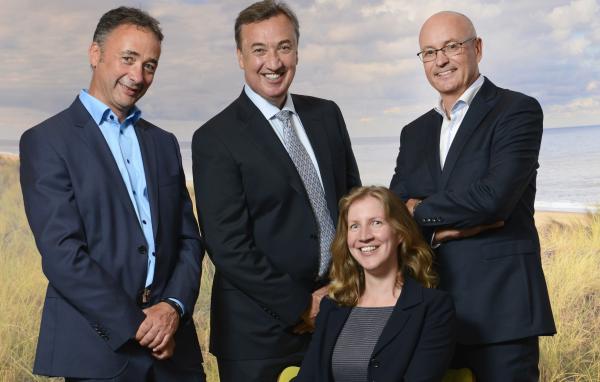 Host Management and Catermasters have just announced a merger that will create a company called HCM Group in a deal which gives the new business a turnover in excess of £60million, 240 operations, 1,500 employees - and the expectation of increased profits.

Catermasters was established by Nigel Johnson and Richard Moody in 1989 and the company is now a national caterer, operating across 120 sites and with a team of over 550.  Host Management was established in 2004 and is now headed up by Chief Executive Bill Toner.  Host also has 120 operations across the UK and Ireland and a team of 1,000.  The new HCM Group operates in multiple sectors including general business & industry, conference facilities, leisure, independent schools, further and higher education and the healthcare sector.

The new company will be headed up by Bill Toner as Chief Executive Officer with Nigel Johnson taking the role of Deputy CEO.  Both leaders are strong characters but according to Johnson, Bill Toner was the natural choice for CEO: “Bill has a huge amount of experience of growing catering companies to a significant size and therefore our newly merged company will use his skills to the full.  Given the size of our combined business, we now have the very exciting prospect to create focused B&I, education, leisure and healthcare divisions, which will be the team’s top priority in the coming months. Bill and I will be working closely on capitalising on these new opportunities.”

Catermasters other founder, Richard Moody, has been less involved in the business over recent years and as a result of the merger has sold his remaining shares to HCM Group but he will continue to be involved as a consultant.  Meanwhile, Catermasters Joint Managing Director, Tony Carr, will continue to manage that business.

Toner added: “Our companies have an excellent track record of client retention and organic growth and we’ve also both enjoyed successful expansion through acquisition – Catermasters, with its purchase of the City based In House Catering Company in 2008 and Bite in 2013 and Host’s acquisition of caterers Couture and Juice for Life in 2012 and the Style Services business in 2013.”

Both companies’ recent acquisitions have enabled them to win successful tenders for larger contracts in all parts of the country. Last year, Host was awarded the SSE group contract adding £20m turnover over a five-year contract, also taking it for the first time into Ireland. Its catering contract at Salford Royal NHS Foundation Trust also added £10m over a five-year contract and in July, Host announced its largest contract win to date for the eight-year, £16m turnover, Spectrum Leisure Complex in Guildford.  So far this year, Catermasters has won over £6m worth of business, including Freeman UK, University of Law, Holiday Lettings, and a major five-year contract for the UK headquarters in London of global marketing and communications firm, Young & Rubicam.

The Airedale Group, the specialists in the installation and servicing of catering equipment UK has acquired Flowrite Refrigeration Holdings Limited. Commenting on the...