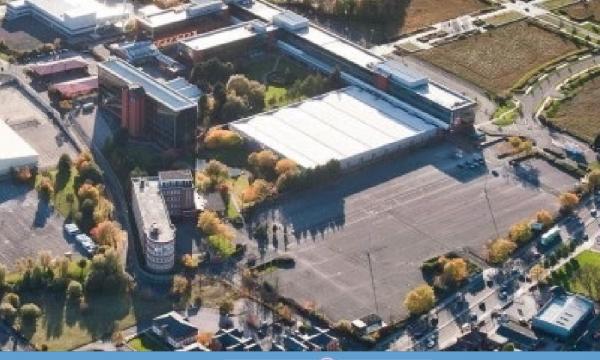 CBRE’s Liverpool Property and Asset Management team has been instructed by the Homes and Communities Agency (HCA) to manage the 22 acre, 398,000sq.ft Liverpool Innovation Park.

This latest instruction continues the ongoing relationship between the HCA and the CBRE team who undertake work on both the HCA’s 193,000sq.ft Exchange Station office scheme in the heart of Liverpool’s business district and the 35 acre Kings Waterfront mixed-use development in Liverpool which is the North-West’s largest single site regeneration project comprising; a 9,000 seat arena, 1,500 seat conference centre, two hotels, apartments, multi-storey car park and a conference centre extension which is now under construction.

At Liverpool Innovation Park, CBRE will be advising on property and asset management to enhance the facilities and attraction of the offices on the Park which has become home to many, mostly IT related, businesses and those who benefit from the site’s excellent and resilient internet connections.

CBRE will deploy a team of three to work on-site to oversee the operation of the business park which houses a business community of some 500 people.

In addition to the Aimes Grid Services data centre, Liverpool Community Health’s head office and the Ben Dunne gym, the Park provides over 50,000sq.ft of serviced office accommodation within a parkland setting and benefits from abundant car parking and access to Wavertree Technology Park railway station.

Some of the people currently working for British Land will have to prefer Savills from now on as an agreement has been reached that will see British Land's...