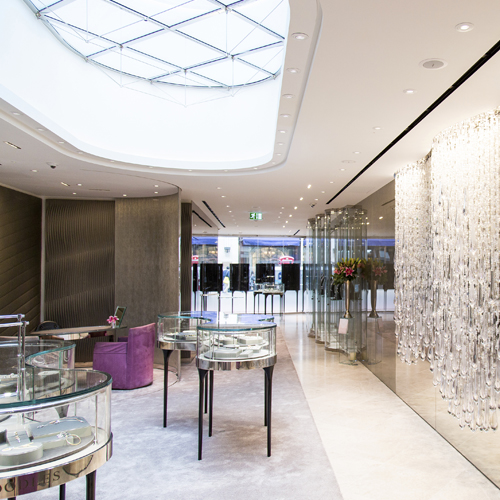 The Metropolitan Police Service is still investigating the smash & grab, moped robbery of a jewellers in the poshest part of Chelsea.

Police were called at 10:37am on Wednesday, August 16 to reports of moped riding armed raiders hitting Basil Street at the junction of Sloane Street (home to the famous Filofax wielding Sloane Rangers of the 80s before the mobile phone had been invented).

A number of suspects had arrived on motorscooters, entered the Boodles store and then used hammers to smash their way through counter displays. The robbers removed property from the displays and then made off on the bikes.

No one was reported injured. No arrests were made onb the day or up until this time (Thurs 17 6:30pm).

A video of the raid shows smoke spilling from the doors of the shop. It is understood this was a security device going off. The Met has not declared the value of the goods stolen.

Picture: The inside of the Boodles Mayfair branch. Below - the dramatic video as the gang raid the store and then weave away at high speed on their mopeds