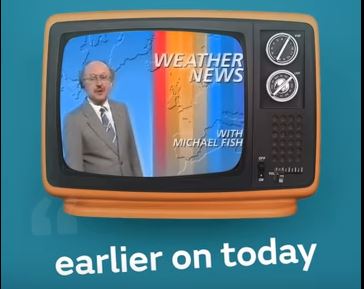 Between 3:00pm and 10:00pm on Mon October 16 a spell of very windy weather is expected over parts of the UK - Northern Ireland and the north of Scotland are likely to be hit hardest by winds associated with the petering out of hurricane Ophelia.

The Chief Weather Forecaster's assessment  is that longer journey times and cancellations are likely, as road, rail, air and ferry services may be affected as well as some bridge closures.

There is a good chance that power cuts may occur, with the potential to affect other services, such as mobile phone coverage.

Flying debris is likely, such as tiles blown from roofs. There could be large waves around coastal districts with beach material being thrown onto coastal roads, sea fronts and properties. This leads to the potential for injuries and danger to life.

The forecast for other areas, such as south-east England, is good with warm and mainly dry conditions likely to dominate.

Met Office chief forecaster Steve Ramsdale said: “By the time Ophelia reaches our latitudes, she will be weakening and will be an ex-hurricane. However, Ex-Ophelia will be bringing some significant impacts to Northern Ireland and western and northern Britain on Monday and Tuesday. On the basis of the latest information, we have issued an Amber wind warning for Northern Ireland for the most intense period of winds between 3pm and 10pm on Monday. During this period we can expect wind gusts in excess of 60 mph with a chance of 80 mph gusts for the southeast of Northern Ireland

"The rest of the UK will see breezy conditions during this time, but wind gusts are not expected to bring widespread disruption."

Hurricane Ophelia, which developed southwest of the Azores, had reached Category 3 status. When it turned north-east across the North Atlantic, Ophelia lost energy as she passed over cooler waters. Before reaching the British Isles the system will lose its tropical characteristics and will no longer be classified as a hurricane. However, it will still have sufficient energy to produce impacts, such as very strong winds and heavy seas, leading to dangerous conditions in exposed locations.

This is the sea

Matt Crofts is a Lifesaving Manager with the RNLI. He said: “Stormy conditions may be tempting to watch but big waves can easily knock you off your feet. The sea is far more powerful than you think and your chances of survival are slim if you are dragged into the swell. Our volunteer lifeboat crews will always launch to rescue those in danger at sea but to launch into conditions like these could also put their lives at risk."

While the ‘Great Storm’ of 15 and 16 October 1987 is still one of the most talked about weather events in living memory it was also a wake-up call for the Met Office and other organisations. It helped identify gaps in severe weather forecasting capability and highlighted the need for better communication with partner organisations such as emergency services and the public in general.

Bringing wind gusts in excess of 100 mph the storm resulted in the loss of 22 lives, around £1 billion worth of damage and there was widespread disruption across southern England. It has gone down in history as one of the worst UK storms since 1703 and will obviously be remembered for Michael Fish’s now famous television broadcast.

Over the last 30 years there have been many major developments and changes in the way weather forecasts are produced. There have also been changes in how they are communicated and therefore in how people respond.

Met Office meteorologist and Senior Presenter Alex Deakin said: “In 1987 people received their forecasts either via newspapers or at fixed times on TV and radio. Now over 90% of adults consult forecasts via social media, websites or mobile apps. A forecast is now available whenever you want and information about up and coming storms can be accessed in seconds.

"Forecasting the development and behaviour of this type of storm remains challenging, however the resolution (the spacing between grid points) of our global computer model is now 10 km compared to 150 km in 1987 and our UK model is 1.5 km compared to 75 km. This is crucial to successfully predicting where and how the weather will impact the UK.

"These improvements, together with better observations mean we are now able to provide earlier and more accurate forecasts and warnings of this type of storm. Our four day forecast is now as accurate as our one day forecast was at the time of the Great Storm."

The Met Office's recent investment in a new supercomputer allows it to improve the pull through of science into operational services delivering wide ranging improvements, particularly to the resolution of models.

The three tier National Severe Weather Warning Service was in introduced following the investigation into the storm and now informs Government, civil contingency stakeholders, emergency responders and the public of the risks of severe weather.

A latest innovation has been the naming of storms, first introduced in 2015. This pilot scheme has been well received by the public, raising awareness of severe weather and helping highlight the potential dangers and impacts of storms crossing the UK and Ireland. Names also make it easier to follow a storms’ progress via TV, radio, the internet or social media.

Said Deakin: "We can’t say we won’t see another storm like the one in 1987 but we are able to better forecast and warn of severe weather, helping to minimise the impacts by working with our partners and emergency responders and the general public to prepare and take action all helping to protect life and property in the future."