Chocs Away and Shades of Grey 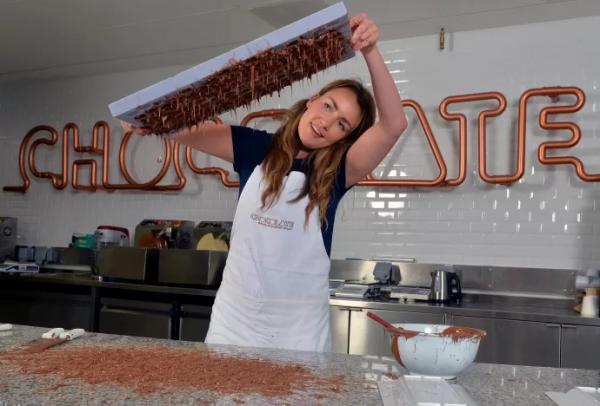 Wispa it quietly, but being a chocolate taster job is on offer below but we kick-off with some warnings about what not to do if the passion of Valentine's Day has been postponed until the weekend.

As the second Fifty Shades of Grey film (Fifty Shades Darker) hits cinemas Greater Manchester Fire (GMFRS) and Rescue Service and the London Fire Brigade launched their Fifty Shades of Red campaign to ask people to think carefully before getting themselves into sticky situations.

Rescuing people from handcuffs, kettle spouts and bowling balls is not perhaps what firefighters are best known for but these are all examples of incidents GMFRS has been called out to since January 2016. During the 12-month period GMFRS also rescued three men with rings stuck on their penises and 13 people trapped in handcuffs.

Crews have attended more than 420 incidents of people trapped or stuck, often in everyday household items, including:

Firefighters have also rescued people stuck in swings, railings and bicycles. Despite the unusual nature of some of the incidents, the Service is keen to stress that people should always call 999 in the case of a genuine emergency.

Paul Etches, Head of Prevention, said: “While we are always happy to help, the time and money spent on these call outs could have been used far more usefully. Accidents will happen, but take a second to think about what you are doing and the potential harm you are putting yourself in.”

Etches added: “Try not to endanger yourself. Some situations may be embarrassing, but others can be more dangerous. We have been called out to 75 incidents involving candles since the start of last year."

Chuck it all in and go choco tasting

Home to some of the nation’s best loved brands including Cadbury, Oreo and Maynards Bassetts, Mondelez is looking for a chocolate taster to join the team at its Reading Science Centre.