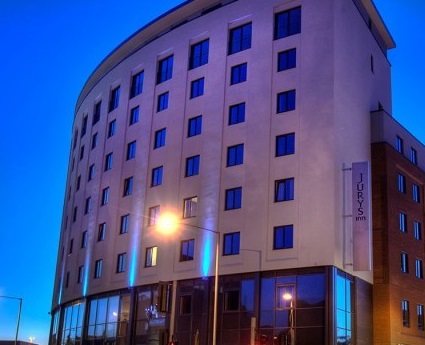 Pandox AB has entered into an agreement with Lone Star for the acquisition of a portfolio with 37 hotel businesses. The transaction will be made with Fattal Hotels Group (aka Leonardo) as the operating partner.

Once the portfolio is reorganised, Pandox will retain 20 investment properties and one operating property in the UK and Ireland and Leonardo will acquire the operational platform with 36 hotel operations under the Jurys Inn brand. The investment properties will be operated by Leonardo under long-term revenue-based lease agreements.

Anders Nissen, CEO of Pandox, said: “The acquisition fulfils all Pandox’s strategic criteria regarding countries, cities and locations, as well as size. The hotel properties are of high quality, belong to the profitable upper mid-market segment and will bring an immediate and substantial contribution to earnings. This gives Pandox market presence in the UK and the Republic of Ireland, which are large and dynamic hotel markets.”

The operating property will be operated by Pandox under the brand Hilton Garden Inn. The hotel has 364 rooms and is located at London Heathrow Airport.

The acquisition is expected to be completed before year-end 2017.

Penguin Random House UK has signed an ‘Agreement for Lease’ (with Ballymore) for a new London office, One Embassy Gardens - part of the Nine Elms riverside development between Vauxhall and Battersea. Penguin plans to occupy 83,400 square feet across floors one to five. The company will have a dedicated reception and event space on the ground floor.

The publisher will continue to occupy its existing office at 20 Vauxhall Bridge Road, Pimlico, which is a short walk from One Embassy Gardens.

Penguin Random House aims to move all its London employees into one of these two sites at the end of 2019, vacating its Ealing and 80 Strand offices. Both One Embassy Gardens and 20 Vauxhall Bridge Road will be home to a mix of Penguin Random House departments. CEO Tom Weldon, among others, will work at both offices.

Weldon said: “This move provides an opportunity for all of our teams to work together even more closely as one company. This is about much more than just bricks and mortar. We want to use our new workspace to build a creative culture for the future that will help us to attract and retain the very best talent.”

“Many of our 1200 London colleagues have already shared some great ideas in surveys and workshops. I am looking forward to working with them over the coming months and years to build an exciting creative space where we can all do the best work of our lives.”

John Mulryan, UK MD for Ballymore said: “With the forthcoming opening of the new US Embassy and the recent announcement of Apple moving its headquarters to the area, this gives further momentum to this place of regeneration. Delivery of this workspace in 2019 will help create a complementary mix of uses along with new homes and retail spaces to create a new part of central London.”

Town Centre Securities (TCS), the Leeds based property investment, development and car parking company, has been selected by Leeds City Council to develop a major new scheme in George Street, Leeds. The total development value is expected to be £20 million. Work on site is due to commence first quarter 2019 with completion in 2020.

The development will be undertaken as a partnership between TCS and Leeds City Council, with the Council acquiring a 50% ownership of the completed development.

The development will consist of a single, newly constructed building containing approximately 117 separate aparthotel units as well as nine ground floor units for a range of commercial uses, including retailing, cafés and restaurants, bars or takeaways. The aparthotel's units are expected to be divided as 82 studios, 31 one-bedroom and four two-bedroom units.

The proposed transaction has been unanimously recommended by Westfield’s Board of Directors and Unibail-Rodamco’s Supervisory Board and will almost certainly go through once some time in 2018. Westfield securityholders will receive a combination of cash and shares in Unibail-Rodamco, valuing each Westfield security at a price of US$7.55 (or A$10.01). The Transaction implies an enterprise value for Westfield of US$24.7 billion.

The global property portfolio of the combined organisations is now US$72.2 billion positioned in 27 world’s retail markets featuring 104 assets (with 1.2 billion visits a year.  56 of the 104 are major retail destinations, with 17 described as ‘iconic flagship assets across  9 gateway cities’.

There is currently a development pipeline focused on ‘flagship’ assets including the latest UK proposition in Croydon, Surrey where a massive new build development has received the final nod.

Post Transaction, Christophe Cuvillier will be the Group Chief Executive Officer and Colin Dyer will be the Group Chairman of the Supervisory Board.  Cuvillier said: All of us at Unibail-Rodamco have immense respect for what the Lowy family and the Westfield team have accomplished with the Westfield brand and the company’s iconic collection of world class shopping destinations. The acquisition is a natural extension of our strategy of concentration, differentiation and innovation. It adds a number of new attractive retail markets in London and the wealthiest catchment areas in the United States.”

It has been proposed that a 90% interest in OneMarket (formerly Westfield Retail Solutions), Westfield’s retail technology platform, will be spun-off from Westfield into a newly formed ASX listed entity. Steven Lowy will chair the OneMarket Board and Don Kingsborough will be its CEO. The Group will accelerate its digital innovation strategy to strengthen connections with visitors and retailers. The use of apps and services (such as Smart map, Find my car, Connect, Click & Services) and social media (10 million Facebook and Instagram fans) will expand exponentially.

Unibail-Rodamco is said to have already identified a total of €100 million of expected run-rate synergies – FM contract holders will be interested to learn that approximately €40 million this is to be driven by incremental rental income from store franchise holders.

€60 million is attributed to Unibail-Rodamco’s best practices and capabilities in asset management and capturing reversionary potential and in cutting corporate overheads.

€3 billion of assets  have been earmarked to be disposed over ‘the next several years’.

The Group will also benefit from a joint advertising and marketing cost efficiencies.

Hammerson and Intu in £3.4 billion ‘merger’

The Unibail-Rodamco Westfield deal is the second major shopping centre deal to take place in just over a week. On December 6, Hammerson  and Intu ‘merged’ – although first reading suggests that the larger Hammerson organisation will have all the senior personnel positions of the combined group. The deal has cost Hammerson £3.4 billion. Hammerson shareholders will own circa 55% Intu investors circa 45%. There will be £21 billion of mainly UK assets  - 17 out of the UK’s top 25 shopping malls by size; with destinations in France, Spain and Ireland.

A development in Oxfordshire is the latest addtion, while London’s famous Brent Cross is scheduled for a major revamp. Birmingham’s Bullring,  Manchester’s Arnedale Centre and Bristol’s Cabot Circus are also in the portfolio.

With online shopping hitting the retail market, Intu’s shares had fallen – but Hammerson, like Unibail-Rodamco believes destination malls  still have their place in  the shopping mix.  £2 billion of the property assets, though, will be sold. 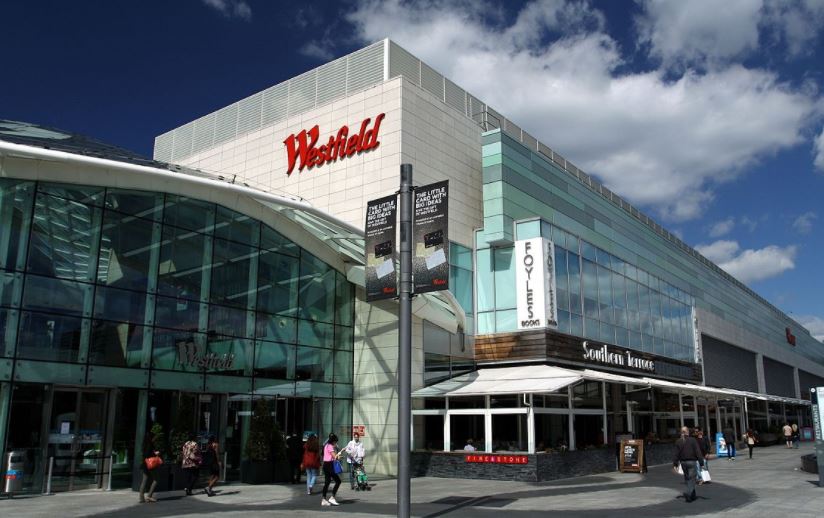