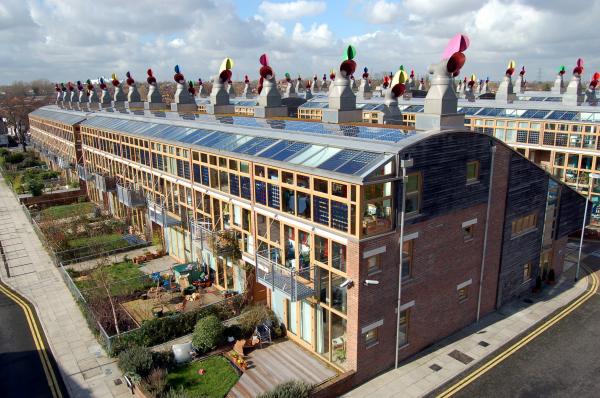 A new report from the influential think tank, IPPR – City energy: A new powerhouse in Britain – explores the options and the potential for cities to become involved in the energy supply market and raise finance for investment in low carbon energy infrastructure, particularly in local energy generation.

Its authors believe there are opportunities for the UK’s cities in the energy sector that could aid efforts to create a cleaner, smarter and more affordable energy system, provide an alternative to the big utilities, and boost local economies in the process.

The report argues that many of these opportunities can be delivered under existing local authority powers, and are just waiting to be realised. However, there is more that the national government can do to help unlock the full potential of cities.

This would both unlock the potential of local low carbon generation, and help bring an end to the overcharging of low income consumers by energy companies.

The authors identify a range of business model options, exploring how and why cities could finance investment in low carbon infrastructure, and the ways in which cities could assume a central role in addressing the large investment shortfall in the energy sector and ensuring that decarbonising goals are achieved.

Together, these steps would allow cities to tackle Britain’s energy crisis, and would bring ‘numerous benefits’, including:

Pictured: Cities should become energy powerhouses according to a report from IPPR. Our image shows solar panels on the Beddington Zero Energy Development development in Hackbridge, Greater London

Last quarter, for the first time ever, more than half (50.2%) of Britain’s electricity was produced from low-carbon energy sources, according to a new quarterly...

The Write Way for a Low Carbon Commitment

An alliance of organisations representing the property and construction industry is calling on the sector to maintain its focus on decarbonisation, regardless of the...