Citizen Khan Goes On The Buses 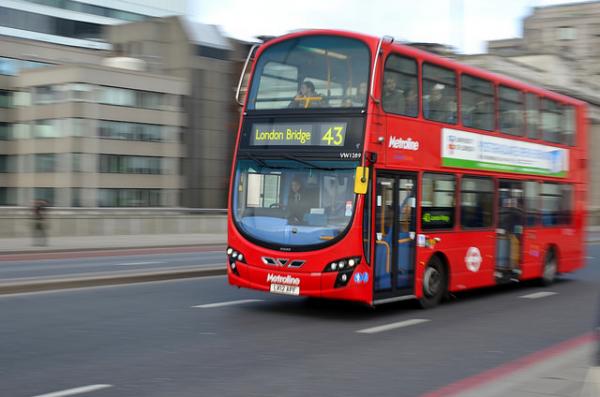 Sadiq Khan (Mayor of London) has announced that the most polluting buses in the capital are going to be cleaned up, with their harmful emissions cut by up to 95 per cent.

That means more than half of London’s entire bus fleet is to be upgraded to meet the latest ultra-low Euro VI emissions standard.

Through the new £86.1m programme, around 5,000 buses will be retrofitted with a new exhaust system that will significantly cut their emissions.

Transport for London (TfL) will work with bus operators and five chosen suppliers to install the new bespoke exhaust systems which will reduce nitrogen oxides and particulate matter. Diesel Particulate filters will also be installed alongside this Selective Catalytic Reduction (SCR) equipment to reduce air pollution.

Currently 700-800 new low-emission buses are being introduced to the fleet every year, with diesel-only buses being phased out. From next year, all new double-deck buses will be hybrid, electric or hydrogen. In addition all buses within the central London Ultra-Low Emission Zone will be Euro VI hybrid standard by 2019.

The Mayor also set out in his draft Transport Strategy that by 2037 at the latest, all 9,200 buses across London will be zero emission.

French revolution (this is a direct quote from the BBC)

France is set to ban the sale of any car that uses petrol or diesel fuel by 2040, in what the ecology minister called a revolution. Nicolas Hulot announced the planned ban on fossil fuel vehicles as part of a renewed commitment to the Paris climate deal. He said France planned to become carbon neutral by 2050.

Mayor Khan, said: “We know that pollution from our roads is a major contributor to London’s toxic air. That’s why we are working so hard to introduce new clean buses on our streets and why we are continually looking for ways to clean up the most polluting buses. There’s no doubt that by cutting the emissions of more than half of the fleet by up to 95 per cent, this retrofit programme is going to make a huge difference to Londoners.”

Lianna Etkind, Public Transport Campaigner, Campaign for Better Transport, said: “London is consistently breaching legal limits on air pollution, which seriously affects people’s health, so it's good to see that TfL recognises the need for urgent action on the capital's air pollution crisis. Buses are very much part of the solution, so the retrofitting of the London’s bus fleet up to Euro VI standard will come at a small cost compared to the huge benefit to people's health.”

Following a competitive tender process, the five suppliers appointed to retrofit the exhaust systems are Amminex, Baumot Twintec, Eminox, HJS and Proventia. More than 40 new apprenticeships are being created to support the programme. The apprentices will be employed by the five suppliers and will work across the project a range of areas, from installation and servicing to management.

More testing, more cleaning and more information for passengers has been ordered by London's Mayor to improve air quality on the Tube

More testing, more cleaning and more information for passengers has been ordered by London's Mayor to improve air quality on the Tube.

"Air quality is one of the biggest health challenges of this generation and I'm committed to doing everything in my power to tackle it both above and below ground," said Sadiq Khan.

The new review of air pollution levels on the Tube will also be followed by the introduction of a series of measures to minimise dust levels.

The work is part of a review the Mayor is undertaking across planning, housing, construction, transport and river services to tackle London's filthy air and to protect Londoners from the damaging health impacts of air pollution.

Transport for London (TfL) have more than doubled investment in tackling air quality to £875 million over the next five years. The programme includes reducing toxic vehicle emissions, with a £10 Toxicity-Charge (T-Charge) which will start in October this year, the introduction of the world's first Ultra Low Emission Zone (ULEZ) in 2019 (subject to consultation) and the cleaning up of London's public transport fleets such as buses and taxis so that they lead the way in ultra-low emission technology.

A combination of the friction from Tube trains against their rails, air ventilated into the Tube network from above ground and skin particles from passengers all contribute to dust in the system.

Previous independent scientific research funded by TfL in 2004 found that the composition of dust particles on the Tube was different from that above ground and concluded that the dust did not contain components at levels which are likely to pose a risk to the health of passengers or staff.

Given that more than a decade has passed since then, the Mayor has now asked TfL to commission an updated review of the evidence. The findings of this review will help prioritise action to ensure that London's Tube system is as clean and healthy as possible.

TfL has requested independent support and advice from the Department of Health's independent expert Committee on the Medical Effects of Air Pollutants (COMEAP), which provides advice on the health effects of air pollutants.

As well as the evidence review, TfL has launched a new air quality action plan on the Underground to deliver improvements straight away. This includes an enhanced air quality monitoring programme on the Tube network, with information made easily and publicly available on the TfL website.

Testing will be carried out at more than a dozen stations, and involve dozens of staff and simulated passenger journeys to monitor how dust levels change at different times and locations. Testing equipment installed on the Tube will take much larger samples than ever before to inform London Underground's approach to minimising dust.

Mark Wild, Managing Director of London Underground, said: "We have been monitoring dust levels on the Tube for many years and, through a wide range of measures, have ensured that particle levels are well within Health & Safety Executive guidelines. But as scientific understanding of the effects of particles develops, we are ensuring that we're both using the very latest research and that we're doing everything possible to keep the air underground clean for our customers and staff."

Picture: London has the cleanest bus fleet of any major world city with a third of the fleet running on B20 biodiesel, 2,500 hybrid buses, 71 electric buses and eight hydrogen fuel cell buses