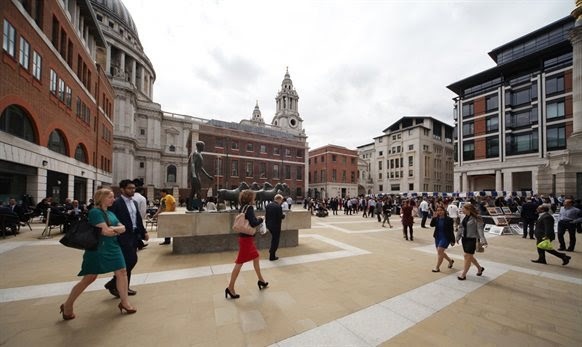 In the shadow of St Paul's Cathedral, Paternoster Square is one of the most iconic development programmes carried out in London over the last thirty years. It comprises office space, retail outlets and cafes with prestigious occupiers such as The London Stock Exchange.

Broadgate Estates provides property management services to a number of areas within the development including both public and back-of-house areas of the Square, King Edward Court, St Martin's Court, Paternoster Lodge and Warwick Court.