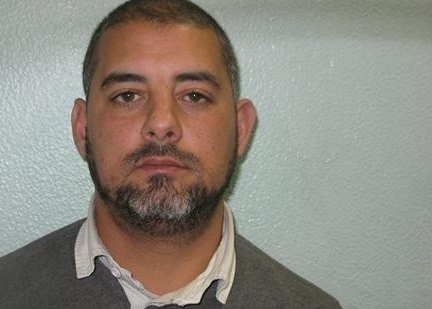 His accomplice, Moussa Elwardi, had previously pleaded guilty to fraud by false representation and was sentenced in January.

Officers became aware of the potential fraud in August 2014 when they were alerted to large insurance payments made into Chiadmi’s account. Further enquiries showed the payments related to a collision said to have happened on 30 December 2013 in Chiswick, west London.

Chiadmi and Elwardi claimed that their respective vehicles - a Volkswagen Golf and Mercedes Sprinter van - were involved in a collision, with Chiadmi claiming his Golf had crashed into the back of Elwardi’s van.

They both made insurance claims for their ‘written-off’ vehicles; Chiadmi receiving around £5,000 for his car and Elwardi £3,300 for his van from their insurers. Elwardi also made a further personal injury claim for £10,000, although it was never paid.

However, enquiries by officers showed that the collision did not happen as they claimed. Expert collision reports and photographs of the vehicles after the alleged collision contradicted their accounts.

Photographs taken in January 2014 showed Chiadmi’s Golf had been involved in a serious collision but not as he had described to his insurers and a photo of Elwardi’s van showed that it had suffered no damage. Officers also established that at the time of the alleged crash, Elwardi was not even in the United Kingdom.

Further enquiries found that Chiadmi had taken out two other insurance policies where he had not correctly declared his personal information, including details of previous convictions, previous collisions and insurance claims he had been involved in.

Elwardi was arrested on 16 December 2014, and he was charged with fraud by false representation. He pleaded guilty to the offence on Friday, 30 January at Hammersmith Magistrates’ Court and was sentenced to a 12 month community order, to carry out 60 hours of unpaid work and fined £1,550.

Officers also looked to arrest Chiadmi at the same time but discovered that he was out of the country, having travelled to Morocco. However, he was arrested upon his return to the UK on Thursday, February 12 at Gatwick Airport and was charged the following day. Officers also applied for a confiscation order, which is due to be heard in February 2016.

Detective Inspector Dave Hindmarsh, from the Met’s Roads and Transport Policing Command, said: “We continue to work with the insurance industry to crack down on those involved in this type of motor insurance fraud. Whilst he never admitted to how the damage to his car was actually sustained, Chiadmi and his accomplice clearly looked to benefit from making false insurance claims.”