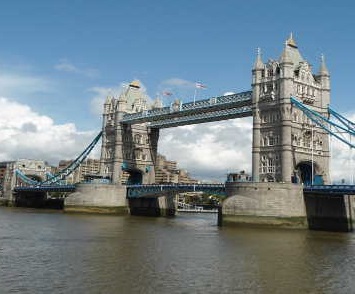 The RMT started a round of strikes on Monday October 3 on Virgin Trains East Coast.

Tower Bridge will be closed to all vehicles from 00.01am on Saturday October 1 until Friday December 30 for essential maintenance works.

The 122 year old bridge carries around 40,000 people, including 21,000 vehicles a day and has an 18T MGW weight limit. This heavy use has had an effect on timber decking of the bridge, which was last refurbished in 1970.

BAM Nuttall is the Civil Engineering contractor working on behalf of the City of London Corporation on the Tower Bridge maintenance project.

Diversions will be in place for vehicles that will take them into the congestion charge but so long as they stay on the diversion route, they will not be required to pay.

The RMT will also ballot cleaning staff on Virgin West Coast for industrial action. An announcement by the union came the day after it announced a ballot for action by catering supply staff on the West Coast Route in a separate dispute.

RMT leader, Mick Cash said: "In the nightmare, complex world of contractors and sub-contractors on Britain’s privatised railways the cleaning services have been contracted out by Virgin to Alstom as part of a facilities contract and Alstom have then, in turn, subbed out the cleaning to Voith Industrial Services. It is Voith who have now told RMT that they propose to slash 37 whole-time equivalent posts from the staffing establishment."

The £30 million catering supply contract on Virgin West Coast is held by the giant DHL group after it was outsourced by Virgin in 2014. The contract covers supplies for catering services right the way through from London to Glasgow.

Further strike dates have been confirmed in the Southern Guards dispute.

Mick Cash took advantage of the recent Watford derailment. He said: “There was a train derailment near Watford that involved two trains. The Guards on both trains played a vital role in protecting the passengers and the trains in what were extremely frightening circumstances. If the train had been DOO and without a Guard the consequences would have been far worse.

Picture: Send him to the Tower - commuters might want Mick Cash to spend a night or two at the Tower alongside Tower Bridge that is due for a maintenance closure