Compliance - Why Take The Risk? 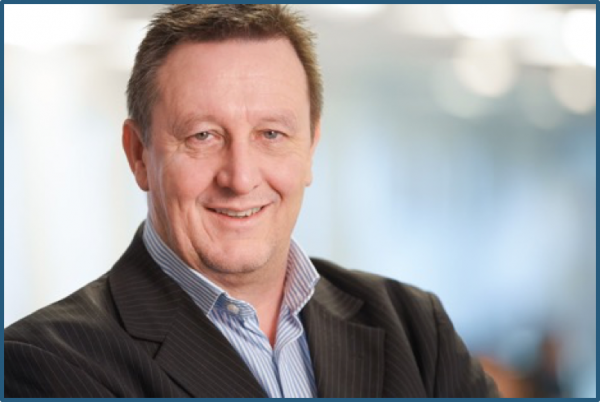 With the introduction of more robust penalties, failure to comply with regulations is no longer only about fines. Jeff Dewing outlines a best practice guide to ensuring maximum compliance levels, while also keeping costs under control and getting better value for money from the supply chain.

How many building managers or property directors would confirm their level of compliance was acceptable and stake their house on it? Probably very few, in my estimation. And of those who did, how many of them would very quickly become homeless? Compliance hasn’t previously been given the focus that it really needs, and that must change.

And it isn’t just about avoiding financial penalties for not having the right paperwork – aside from the moral aspect of upholding people’s safety, the possible resulting business disruption and even prosecution through non-compliance can pose a serious threat to a company and its directors.

For example, when it comes to Health & Safety, recent figures show that prison sentences for serious offences have increased nine-fold following new sentencing guidelines introduced in February – and the authorities are also now much more likely to prosecute, with figures suggesting that there was a 400% increase between 2011 and 2014.

There are other risks, too. For example, through the Regulatory Reform (Fire Safety) Order 2005 a restaurant can be shut down if its ventilation system is non-compliant. It goes without saying that this can make an unpleasant dent in a site’s revenue. And that’s before you even consider the greater disruption (and cost of refitting) that comes with the worst-case scenario of non-compliance leading to a fire.

However, non-compliance isn’t usually through deliberate negligence; in our industry it’s more often found where there’s poor process – and the percentages can be unexpectedly low. I’ve known of companies who have discovered that their estate were less than 20% compliant, eventhough they believed their compliance levels were nearer to 90%

How does this happen? It’s because most service providers don’t have a solid process. All will have compliance-related tasks scheduled as part of their PPM activity, but there’s often very little follow-up to ensure that compliance has actually been achieved - it’s surprising how many FM managers and service providers rely on paperwork’s existence, rather than its content, to judge compliance levels. Sometimes the only checks carried out are by the finance team when they are auditing a percentage of a supplier’s invoices. Not only does non-compliance then become a bone of contention in terms of payment delay but administration staff are not technically trained, so cannot properly check whether all is in order with a compliance certificate.

So what’s the solution?

It’s all down to getting the right balance of smart technology and smart humans. A robust management process, CAFM system and a sign off process enables every job to be checked– rather than the traditional 10% audit – which not only means non-compliance doesn’t slip through the net, but also ensures that one or two challenged invoices can’t hold up a whole tranche (avoiding conflict in the supply chain, and ensuring that the gap between recording accruals and payments is minimised). But it’s not just about having the technology – it’s about how you combine it with a human resource.

What you need is a dedicated, fully-trained resource in place to double-check all compliance certificates, which means the status of every asset is always at our fingertips. A supplier’s job cannot be invoiced unless it’s received the go-ahead from this department – which boasts the same technical knowledge and qualifications as the engineers are out undertaking the compliance work itself. This means customers will only ever pay once the relevant compliance certificate has been obtained and also ensures that any work required in order to achieve compliance is followed up on (it’s also in the supplier’s interest to proactively push this through, so that they can invoice for the completed job).

Of course, there is no magic overnight solution to achieve 100% compliance because it takes time and investment, but the approach I have outlined can result in significant improvements in compliance levels. Clients can not only benefitting from risk mitigation and the peace of mind that comes with that but they’ll also benefit from improved transparency and control of budgets, as well as better relationships throughout the supply chain.

By Jeff Dewing, CEO of Cloudfm

Two companies have been sentenced for safety failings after a worker was electrocuted during work on a data centre in Middlesex. Balfour Beatty Engineering Services...

Compliance in FM is a No Brainer

BSRIA is staging its Compliance in FM – Update Networks Event on Friday, 2 October, from 10:00 until 14:30 hrs, in London and urges members and business to attend,...

The Construction (Design and Management) Regulations (CDM 2015) came into force on 6 April 2015. The HSE has received many enquires and has provided ThisWeekinFm an...