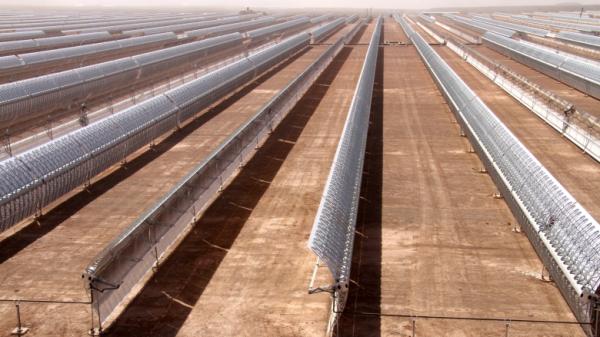 Designed to be a crucial part of the Moroccan solar energy programme, it will be operated as a public-private partnership (PPP) with the International Company for Water and Power Projects.

The project seeks to contribute to the commercial viability of CSP and its potential throughout MENA (Middle East and North Africa) and operates with an installed capacity of 160mW. The first phase predicts 240,000 tons of CO2 emissions will be avoided per annum and by 2018, the three-phase project should be the largest of its kind in the world with over 500mW of installed capacity that will produce enough clean power to meet the needs of 1.1 million Moroccans.

Among the benefits for the country will be:

The project site is situated 10km from Ouarzazate town along National Highway No. 10.

The surrounding rural area accommodates a population of approximately 583,000 inhabitants and has a poverty rate of almost 23% and the new facility is expected to benefit the immediate population, Moroccan businesses, and all productive sectors, e.g. industries, transport, agriculture, etc. regular electricity supply and sustainable power generation.

At the moment, Morocco is extremely dependent on energy imports and fossil fuels which currently provide over 97% of its energy.

The country's ambitious low carbon growth objectives (42% of installed capacity will be covered by renewables by 2020) and progress in adaptation actions to manage its vulnerability (especially in agriculture) contributed to the decision to allow Morocco to host the next COP (COP22) in November 2016.