Construction Death Down to Failed Practices 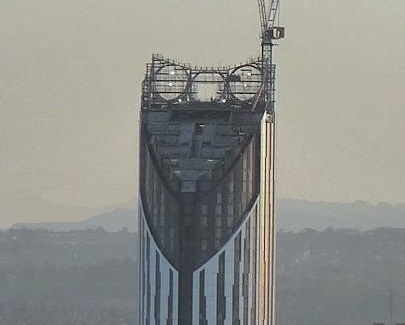 John Walker was an electrician, who worked for 777 Environmental and he was killed while working on a demolition site on Walworth Road, Elephant and Castle, where the Strata Building now stands.

Mr Walker was working on an area of the site near to a couple of remote controlled demolition machines in August 2007. The machines, in breaking through a structural beam, dislodged several concrete joists which struck the worker and he died at the scene.

The HSE prosecuted after it found the principal contractor, 777 Demolition and Haulage Co Ltd (the subcontractor), and also sister firm, 777 Environmental, failed to properly plan, manage and monitor the demolition of the structure.

Southwark Crown Court was told the companies failed to prepare or implement an effective and safe system of work for the demolition which ultimately allowed for an uncontrolled collapse to take place.

In its submission to the court, the HSE explained that as the principal contractor, it was the duty of 777 Demolition and Haulage Co Limited to ensure, so far as was reasonably practicable, the health and safety of those not in its employ but affected by its work on site.

777 Environmental was the subcontractor and employer of Mr Walker and was brought in to undertake the demolition of the building. Its failure to properly investigate the nature of the structure as demolition proceeded led to the uncontrolled collapse.

By not having implemented robust exclusion zones this allowed a ‘wholly foreseeable’ risk to have fatal consequences. It admitted breaching Section 2(1) of the Health and Safety at Work etc. Act 1974, at an earlier hearing and was fined £90,000.

“This was a tragic incident by any standards, and robbed a family, friends and colleagues of John Walker,” declared Dominic Elliss, Principal Inspector, HSE. “I hope this case sparks renewed focus by all in the construction industry on the importance of effective planning, constant review and robust supervision throughout demolition works. There are clear responsibilities laid down in law for all duty holders undertaking construction works. It is vital that they all play their role effectively to manage risk and prevent entirely avoidable loss of life at work.”

Picture: John Walker, an electrician, was killed during the demolition and clearance work for the Strata Building in the Elephant & Castle, London

The owner and developer of a construction site in Raynes Park has appeared in court after an eagle-eyed HSE official twice noticed unsafe work at height from the carriage...