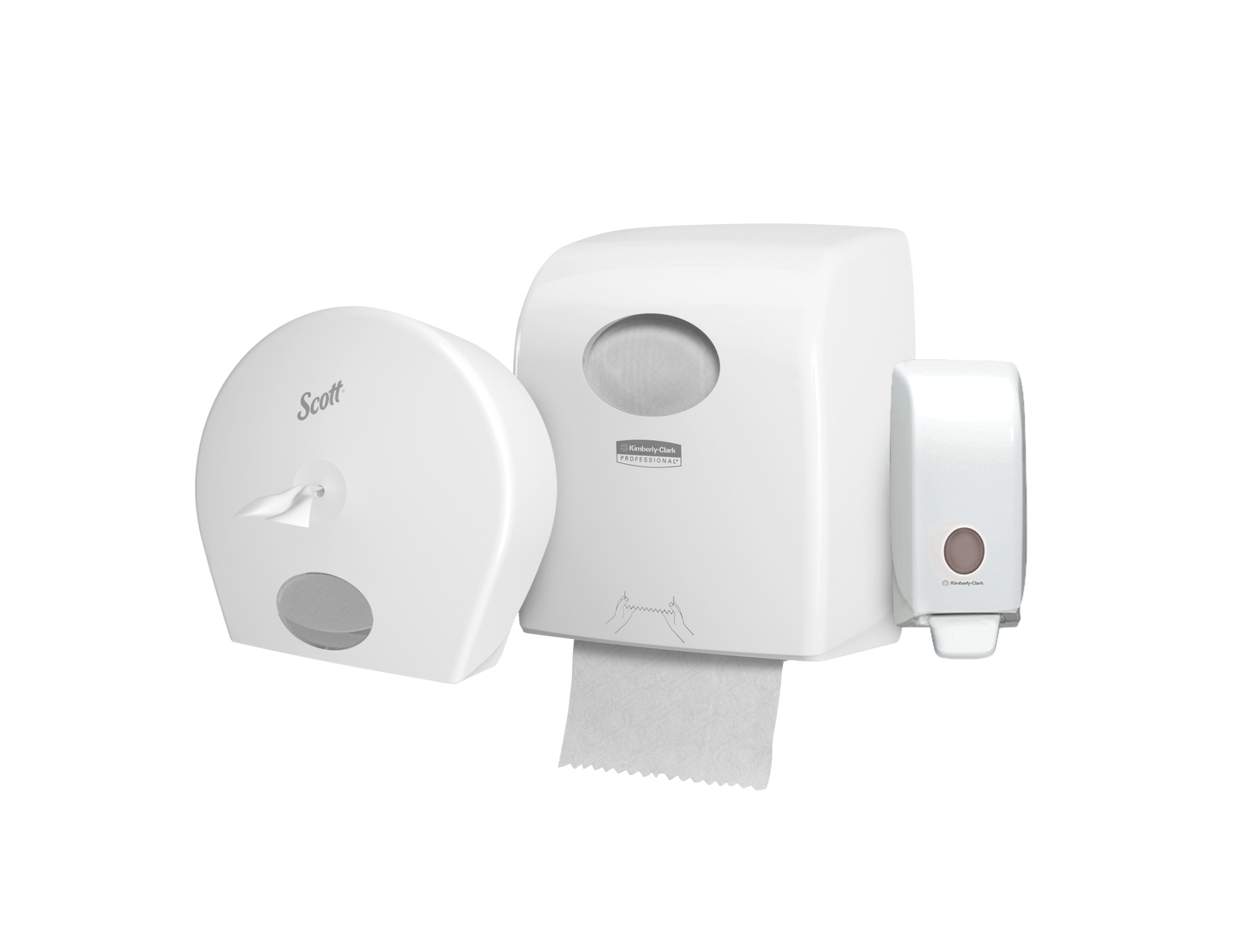 The new Scott Control Toilet Tissue System has been designed to help control and reduce usage with a new centrefeed format. It comes with high capacity 314m rolls containing 1280 sheets to increase the time inbetween refills.

According to the Materials Evaluation Lab, the Control Toilet Tissue System comes with guaranteed 100% dispensing reliability. It is compatible with the Aquarius Dispenser. The roll is fully enclosed in the dispenser, which prevents cross-contamination as users only touch the sheet they use and the roll isn’t exposed to airborne germ particles.

The Control Foam Frequent Use Hand Cleanser has no added fragrances or dyes and is perfect for frequent use due to added moisturisers. The foam hand cleanser comes in a hygienically sealed cassette with an integrated pump. It has cost-in-use efficiency benefits when compared to a liquid soap - delivering 2,500 shots from a one-litre cassette compared with 1,000 shots for the liquid alternative.

Book your tickets to the Golden Service Awards

Kimberly-Clark Professional* invites the industry to join together to celebrate new innovations and the high standards achieved by the Golden Service Awards’ winners and finalists at a special ceremony on Thursday 8 March 2018 at the London Hilton on Park Lane. To  book please contact Suzanne Howe Communications on gsa@suzannehowe.com or 0203 468 0923.

Kimberly-Clark to cut at least 5,000 jobs

The company is not providing specifics on the status of any production facilities or the proposed job reductions until final decisions are made and announced above and beyond the statement below.

The 2018 Global Restructuring Program is expected to reduce Kimberly-Clark's structural cost base and enhance the company's flexibility to invest in its brands, growth initiatives and capabilities critical to delivering future growth. The program will make Kimberly-Clark's overhead organization structure and manufacturing supply chain less complex and more efficient. Over time, the program is expected to accelerate the company's return to delivering sales and earnings growth in line with its Global Business Plan objectives and further enhance long-term shareholder value.

The company expects the program will generate annual pre-tax cost savings of $500 to $550 million by the end of 2021. Savings will be driven by workforce reductions, which are anticipated to be in a range of 5,000 to 5,500 (12 to 13 percent of current headcount), along with manufacturing supply chain efficiencies. The program is expected to broadly impact all of the company's business segments and organizations in each major geography.

The company expects to close or sell approximately 10 manufacturing facilities and expand production capacity at several others to improve overall scale and cost.

To implement the restructuring program, the company expects total cash spending of $1,500 to $1,700 million by the end of 2020, consisting of $900 to $1,000 million in pre-tax cash restructuring charges and approximately $600 to $700 million in incremental capital spending.

Picture: KC on a controlled roll

Golden Years - Service Awards Back for 2018

The long-standing and much coveted Golden Service Awards  are set to make a return with renewed focus on raising standards in the cleaning industry. The 2018...

March 8 saw The cleaning industry recognise its newest stars at the 2018 Kimberly-Clark Professional Golden Service Awards. Awards were presented to winners across 14...

The finalists have been announced for the Kimberly-Clark Professional Golden Service Awards 2018. A total of 57 finalists from 36 companies are to be congratulated,...

The 2018 Kimberly-Clark Professional Golden Service Awards recognising excellence in the cleaning industry is open for entries until Monday 2 October. It is easy to...

Dropping in to See Drop Tests

The Cleaning & Hygiene Suppliers Association has called on local government procurers of cleaning and hygiene supplies to specify accredited products. “Our...

Products Most Likely to be Deficient