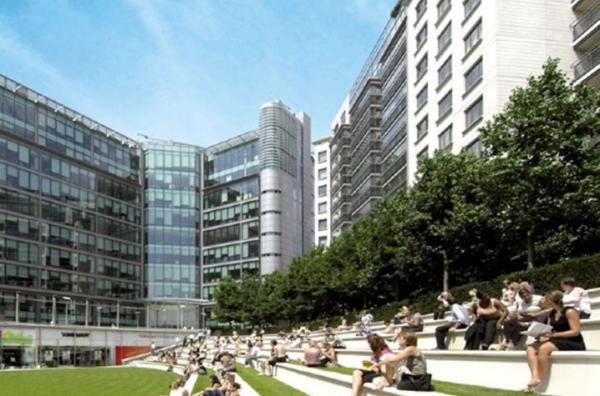 The efforts of two members of staff a security team have recognised by British Land.

Charles Nyeko and Mohammed Hamza Dhimen were recognised for going the ‘extra mile’ while working on location at Paddington Central.

They were both named as British Land’s quarterly award winners for putting their training and skills into action for everyone’s safety. Charles used his experience to calm a highly distressed woman until the emergency services arrived, while Mohammed acted promptly to extinguish a fire on an occupier’s floor, minimising damage.

Paddington Central is an 11-acre mixed-use development located in the heart of London. The campus comprises office buildings, a hotel and residential apartments. It is owned by British Land and managed by Broadgate Estates. There are currently 35 Incentive Lynx staff employed to undertake a variety of security related roles across Paddington Central including gatehouse, front of house, reception, loading bay, post-room and campus control room.

“It’s inspiring to hear about so many people at our properties and developments going above and beyond to help us create Places People Prefer,” said Hanna Corney, Property Management Executive, British Land.

Lynne Breen, OCS security and customer service manager at Centre:MK, will be awarded a Local Policing Area Commander’s Commendation from Thames Valley Police (TVP), which will be presented on the 14th of March at the Double Tree by Hilton, Milton Keynes. The commendation has been awarded to Breen for her work organising, developing, and delivering bespoke anti-terrorism training to shopping centres, councils, colleges, and universities across the South-East region and delivering to retail group managers from across the UK. She has also been a driving force across the whole of Milton Keynes shopping centre promoting and delivering improvements to physical security measures.

In 2013, the shocking attack at the Westgate shopping centre in Nairobi and the murder of Lee Rigby in Woolwich prompted Breen to instigate a meeting with TVP to discuss potential training for Centre:MK. Working with the counter terrorism security advisers at TVP, Breen developed a bespoke training package specifically to help mitigate the threat to shopping centre environments.

“Lynne’s expertise and depth of knowledge of the retail industry and her role as security manager at one of the busiest retail sites in the UK, ensured that the workshop was pertinent to the needs of the proposed audience,” said the CTSAs. “She has also maintained a strong working relationship with the Thames Valley Police tactical firearms team, ensuring that any response to the site would be assisted by them having an increased knowledge of that site.”