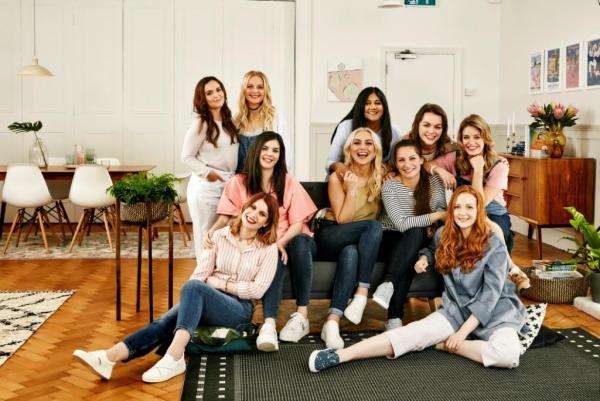 As pressure on private rental accommodation in the UK’s major cities forces up costs, young people are finding it impossible to combine their career hopes with housing realities.

In a bid to highlight the issue and promote an alternative solution, Cosmopolitan has launched Home, Made in partnership with Dot Dot Dot, a social enterprise. The first outing of the initiative offers 12 young women the opportunity to live in London who would otherwise face being priced out of accommodation.

The  project came about from a call to readers in the magazine to become housemates. They are all genuinely starting out in their careers - the range is mental health workers to models.

In return for cheaper rent in buildings that would otherwise stand empty, they will each provide 16 hours of volunteering a month in the local area for female-focused causes.

Katharine Hibbert, Founder and Director of Dot Dot Dot, said: “As a social enterprise, we are in business to use buildings that would otherwise be empty, to house people who also want to use their time to help others. There are over one million people in the UK on housing waiting lists, yet more than one in ten offices stand empty.

"We want to make a difference to Britain’s housing crisis. We are glad to back Cosmopolitan’s wider efforts with their Home, Made campaign to get the issue higher up the agenda for policy makers, voters and big businesses - and to raise awareness of the need for change.”

Farrah Storr, Editor of Cosmopolitan, said: “In the last decade London has become increasingly hard for young people from across the UK to pursue a career in which a move to the capital is necessary. With average monthly rental prices now around £1,450, we at Cosmopolitan wanted to offer young women the opportunity to live at a cost they could afford. With the help of Dot Dot Dot, we have been able to support and provide homes for 12 women who are all embarking on the first stage of their careers.”

The full article will be published by Cosmopolitan this Friday, 5th May, (their June edition). It can be Seen Here online

Dot Dot Dot is a different kind of property guardian company. They house property guardians, who do great volunteering, in properties that would otherwise be empty, which benefits residents, property owners and the wider community. They support each of their guardians to volunteer for charities and community groups for at least 16 hours per month. In 2016 alone their guardians volunteered for 56,000 hours, which equates to 30 working years given to good causes.