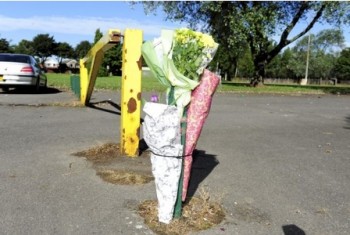 North Lincolnshire Council has been fined after a man died when his car drove into a horizontal swing barrier gate to a car park at a sports ground.

North Lincolnshire Council was fined a total of £160,000 and ordered to pay £40,476 in costs after pleading guilty to the offence that led to a member of the public’s death under Section 3(1) of the Health and Safety at Work etc. Act 1974.

Hull Crown Court heard how, in August 2012, Andrew Matthews, aged 51 and a father of two, had gone to Foxhills sports ground in Scunthorpe to watch his son play football. The horizontal barrier had been opened earlier but was not secured so it swung into a dangerous position.

As Mr Matthews drove his car towards the gate, the horizontal end section of the barrier went through the windscreen striking him on the head, causing fatal injuries.

“The tragic loss of Mr Matthew’s life was an horrific incident that could so easily have been avoided,” said Chris Gallagher, Principal Inspector, HSE. “The barrier should have been secured while it was open so that it could not swing into his path in such a way that he was unable to see it as he drove towards it.”

Mr Gallagher remarked that a “significant number of people” had been killed or injured in incidents involving horizontal swing barriers in car parks used in retail, leisure and industrial premises. He urged that duty holders should carry out a suitable risk assessment so that potential dangers were identified and suitable precautions put in place. “These include making sure such barriers can be locked open and shut to suitable fixing posts preferably with a padlock so they cannot swing open and present an impalement risk,” he concluded.

Picture: The barrier that caused the death of Andrew Matthews at Foxhills sports ground in Scunthorpe