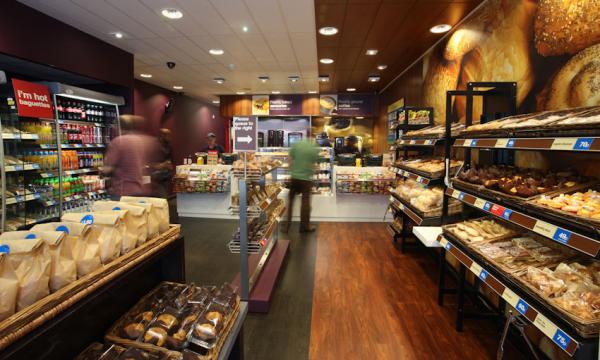 The Court of Appeal (rather than the Privy Council) is now expected to sit in an argument about the provision of toilets in predominantly take-away outlets.

Hull City Council took Greggs (the high street bread and sandwich outlet) to the High Court for failing to provide toilet facilities for customers and won. The City's legal team had argued that previous judgements in favour of Greggs in other parts of the country were wrong - and Mr Justice Kerr agreed.

Now it looks as if the Government will step in and have the case referred as the Department for Business, Innovation & Skills via its Better Regulation Delivery Office had sanctioned the argument that where simple takeaway food is being sold and some limited seating is provided, the outlet need not make toilet facilities available as that seating is not a normal use of the premises.

However, the argument coming from Hull remains that such an interpretation gives Greggs and other such outlets an unfair and unlawful commercial advantage.

Mr Justice Kerr who sided with Hull was not swayed by the Better Regulation Delivery Office's advice and said: "It is obvious that if a person sits down in a Greggs' outlet at the seats provided and proceeds to eat a pasty and a fizzy drink just purchased at the counter for that purpose, that is a normal use of the premises. The fact that most customers take away their purchases, and those who stay do not normally stay long, does not change that.

"The construction which looks to the predominant type of trade - sit-down or takeaway - is obviously wrong. It would mean that a cafe with, say, 25 tables, which also does a roaring takeaway trade, doing more business for off-site than on-site consumption, could not be required to install toilets for those brave enough to sit down for a drink."

Picture: Greggs says its business is pretty well takeaway only so it should not have to provide toilet facilities

Dual-Flush Toilets Waste Millions of Litres of Water a Day

An investigation by the BBC has revealed that dual-flush toilet systems are wasting millions of litres of water every day. The report, which will be broadcast on...

Cleaning and Hygiene – Is it now Everyone's Responsibility?

The British Institute of Cleaning Science and Kimberly-Clark Professional are calling for robust hygiene training for all staff, not just the cleaning...

A Coup In the Loo

If you can empathise with people who don't like to use the John after others have been in there - but have to, you may like the look of LPK toilet seat...

Armitage Shanks has launched new Doc M packs which make it easier for specifiers and building managers to ensure their facilities fulfil Part M of the Building...

Clean Enough to Sit On

With the slogan 'Our hygiene champ. The innovative toilet for triple cleanliness', Villeroy & Boch is has combined its DirectFlush rimless WC with its...

Continence in schools and toilet provision, are growing issues but there is still no legislation in this important area argues specialist Clos-o-Mat. Research has...

JD Wetherspoon believes it is setting new standards by becoming the first major national pub chain to open a Changing Places. The ‘all-singing,...

Hospitals Falling Down on Toilet Provision

A new report claims that UK hospitals and clinics are putting disabled people and their carers at risk by not providing appropriate toilets. The toilet access report...