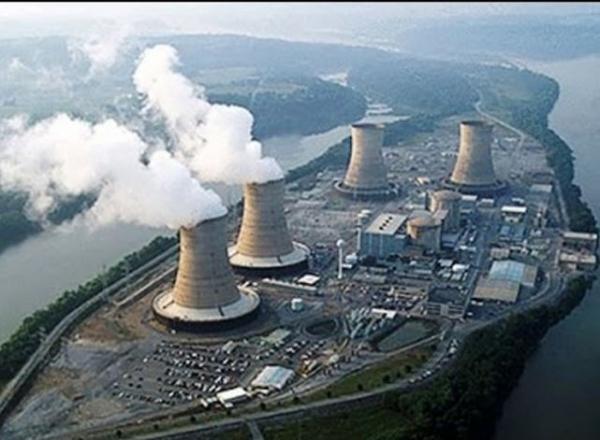 Two of the UK's 1970s built Advanced Gas Cooled Nuclear Reactors may have cracks that affect the way their cores lock together - and might cause problems in shutting them down in an emergency.

The Office for Nuclear Regulation (ONR), which allowed the power stations to continue running beyond their life expectancy, have now changed the reactor shutdown processes to 'include introducing super-articulated control rods that can more easily bend down any distorted channels'. This was reported by the BBC following a Freedom of Information Request by the ONR uncovered the faults at Hunterston B in Ayrshire and the possibility of the same at Hinkley B in Somerset.

Brian Cowell, Director of Nuclear Operations with owner EDF is reported as saying: "Having a small number of cracks in the structure of the core is completely irrelevant to the safety function."

See the BBC Inside Out West documentary by Clicking Here

The ONR has also served an Improvement Notice on Sellafield Ltd requiring improvements in the management and control of Legionella in a cooling tower system at its site in Seascale, Cumbria.

The notice comes following an inspection of Sellafield’s arrangements for managing the cooling tower at the Highly Active Liquid Effluent and Storage facility on the site. Sellafield Ltd has already taken some short-term remedial actions and ONR has determined that an Improvement Notice is necessary to ensure appropriate sustained and permanent improvements.

Dr Richard Savage, Chief Nuclear Inspector, said: "We are here to ensure the nuclear industry meets the high standards of safety and security required by the law and will always take appropriate enforcement action where necessary. This includes management of risks to health and safety arising from Legionella."

Sellafield Ltd is obliged to complete the requirements of the Improvement Notice by 27 January 2017.

The ONR has confirmed that the Atomic Weapons Establishment (AWE) has complied with an Improvement Notice served in July 2015 concerning the management of its Higher Active radioactive Waste (HAW). The Improvement Notice was served following AWE’s failure to demonstrate that its long-term strategy for managing HAW at Aldermaston reduced the risk to the health and safety of the public and employees so far as reasonably practicable and required AWE to recommend options for how it will adequately control risk that could arise in the future from all current and predicted arisings of HAW. Further work though is still required. Chief Nuclear Inspector Richard Savage said: “We are satisfied that AWE has made sufficient progress to meet the requirements of the Improvement Notice, which is part of our longer-term strategy aimed at securing safety improvements at AWE Aldermaston. The Aldermaston site continues to receive enhanced regulatory attention from ONR.”

The plans for a nuclear power plant in Cumbria which is underpins UK energy policy (and others under construction around the world) have fallen in to disarray as news...

Every facility needs a bit of a spruce-up once in a whaile but would you fancy the job of cleaning Sellafield? A 350 tonne machine has just been installed to tackle one...

Morris Vermaport - or MV Lifts - deliver the Ecocell lift. It offers a number of benefits including being useable in the event of fire, being easy to install and saving...

Drones - Grabbing a Slice of Pie Via the Sky

New facilities management firm Aerial FM is off to a flying start by using commercial drone technology to provide services in the FM sector. But why is the ability to...

Waste and recycling services company Veolia ES Staffordshire Ltd (part of Veoila UK group) have been prosecuted after a worker suffered life changing injuries when he...