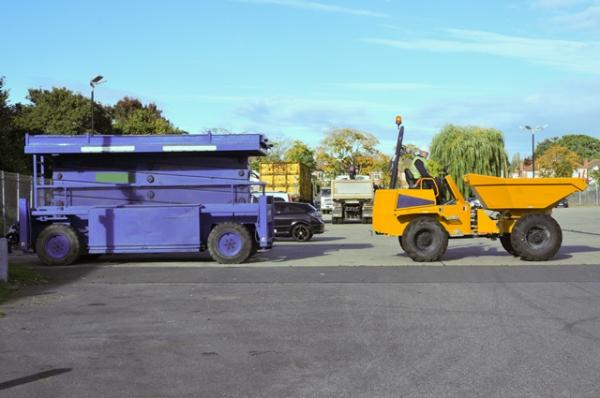 A construction firm has been sentenced following the death of Philip Griffiths at Heathrow Airport in October 2014.

Southwark Crown Court heard that Philip’s brother Paul accidentally reversed into his 38-year-old sibling when the pair were trying to move a broken down scissor lift on a service road, while working for Laing O’Rourke.

Paul Griffiths tried to tow the scissor lift away using a dumper truck under the direction of managers. During the attempt his foot got stuck between the brake and the accelerator and the truck reversed. Philip, who was standing between the two vehicles, suffered crush injuries. He was pronounced dead at the scene.

A Health and Safety Executive investigation found that neither worker was authorised with the appropriate certificate to use the dumper truck, and that the operation was not properly overseen or managed.

Laing O’Rourke Construction pleaded guilty to breaching Regulation 22(1)(a) of the Construction (Design and Management) Regulations 2007, was fined £800,000 and ordered to pay costs of £10,000.

Speaking after sentence, HSE Inspector Jack Wilby said: “This incident was a tragedy for all concerned and, as revealed by our investigation, entirely avoidable. Laing O’Rourke did nothing to address the trend of these workers carrying out tasks they weren’t trained or authorised for.

“Had there been appropriate supervision, then better segregation between Philip and these two vehicles could have been established and maintained. This case should act as a reminder of the dangers of using workplace transport without proper planning, management or monitoring of the risks involved.”

Two roofing companies have been fined after a worker fell nine metres through a skylight onto concrete flooring below. The man suffered life changing injuries and required surgery to install metal rods into his back.

Coventry Magistrates Court heard how ACG Roofing Limited had been subcontracted by JDB Industrial Roofing Limited to complete re-cladding work on the fragile roof. At the time of the fall, on 15 December 2015, no nets or guardrails were being used. The Mobile Elevating Working Platform which had been provided as an anchor point for the fall arrest equipment did not have enough capacity. When he fell the injured person did not have his harness attached to anything.

An HSE investigation found that JDB, the principal contractors of the work, failed to have effective management systems in place to control the risk associated with working at height and on fragile roofing. The firm pleaded guilty to breaching the Construction (Design and Management) Regulations and were fined £112,000 and ordered to pay costs of £2216.68.

ACG Roofing pleaded guilty to breaching the Work at Height Regulations and have been fined £35,000 and ordered to pay costs of £1721.78.

Speaking after the hearing HSE inspector Edward Fryer said: “This incident could have been fatal; the worker has suffered life changing injuries due to the company failing to properly plan and supervise work at height.”

A London based construction company has been fined for safety failings after complaints from the public.

Basildon Magistrates’ Court heard how Malik Contractors and Engineers Ltd were working at a site St John’s Way in Corringham, Essex in 2016 when concerned members of the public contacted the Health and Safety Executive.

Acting on the concerns, the HSE carried out three inspections of the site. On each visit the inspectors and visiting officers found numerous breaches of health and safety legislation, including dangerous electrical systems, unsafe work at height across the site and no fire detection alarm. There was no fire-fighting equipment, despite workers sleeping on site.

Malik Contractors and Engineers was fined a total of £52,000, and ordered to pay £4,415 in costs after pleading guilty to an offence under Regulation 13(1) of The Construction Design and Management Regulations 2015.

Picture: The same type of vehicles involved in the Laing O’Rourke incident