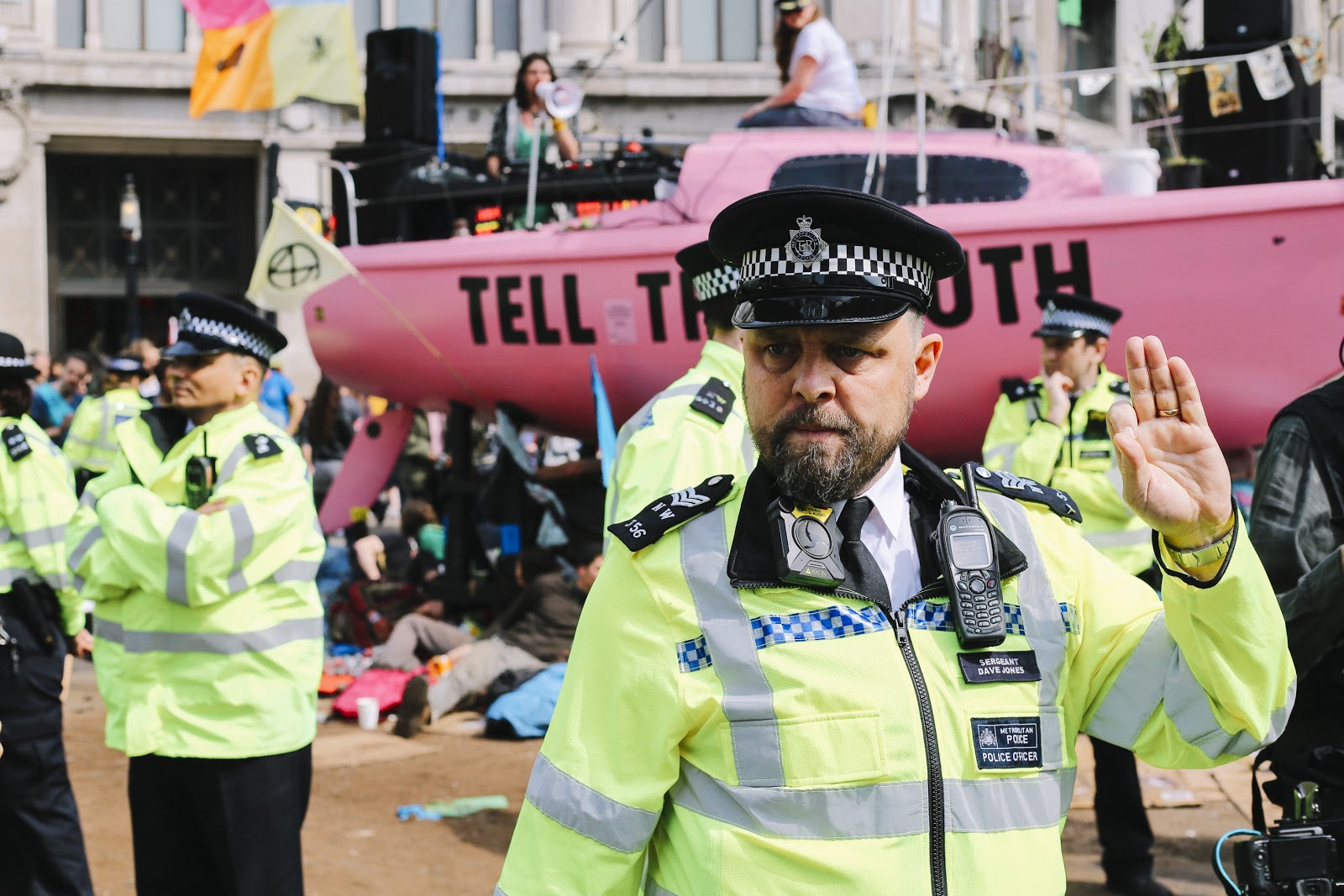 The blockade of Lewisham & Deptford road routes into London by Extinction Rebellion on Friday June 14 were not entirely disruptive and the activists will now not cause havoc at Heathrow - but the organisation has received a huge boost - from Penguin Publishing and Radiohead.

Friday 14 was billed by Extinction Rebellion as when the Lewisham & Deptford branch of the organisation would organise to 'swarm' across the major routes into London that run through the area including the South Circular Road. the plan was to hold traffic up at seven minute intervals on different sections to cause traffic chaos and send a message to the Government and London Mayor Sadiq Khan that commitments on air quality need to by quickened. The Rebels also planned to persuade drivers to wind their windows down so they could have a chat with them about climate change, the environment crisis and air quality. They were also to bake cake for the motorists and parents & children on their way to school.

However, only about fifty members turned up were unable to be disruptive as the plan had outlined. No information on how much cake/discussion was achieved has been forthcoming. There was also a distinct lack of social media activity - suggesting that the whole affair was a bit of a damp squib.

No fireworks at Heathrow

Extinction Rebellion will not be carrying out any actions at Heathrow Airport in June or July this year aimed at causing disruption to holidaymakers.

Fear  of endangerment to life and apprehension of disruption caused by unauthorised drone flights have swirled around the proposed action since an internal Extinction Rebellion proposal was leaked to media.

An Extinction Rebellion spokesperson told ThisWeekinFM: "We remain a peaceful organisation and would do nothing to endanger life.

"What endangers life on this planet is the continued and unfettered release of greenhouse gas emissions that will lead to runaway temperature rises."

Extinction Rebellion has confirmed that it has not removed Heathrow Airport from its strategic planning.

The spokesperson continued: "We understand that Heathrow Airport executives hope to disguise the destructive impacts of Heathrow expansion through cynical plans to exploit carbon offsets. They would like to claim, for example, the credit for sequestering carbon in Britain’s peatland and to create the illusion that this 'offsets' the emissions from aviation. We will ensure that the public see though any such fraudulent attempt to fiddle the figures."

June 13 saw Extinction Rebellion receive a huge boost to 'main stream' credentials when Penguin Random House (the massive publisher behind penguin Books) released ‘This Is Not A Drill: An Extinction Rebellion Handbook’ - a practical guide to the movement, their tactics, the politics, the things they have done and the things they hope to do. It has sections titled ‘Movement Building,’ ‘Going to jail’ and ‘The time is now.’

The Handbook went immediately on sale in Foyles Bookshops - with all 15,000 pre-orders sold putting it on Amazon's top 100 list.

The book was rushed for early release following Extinction Rebellion’s hugely successful April protests where the group managed to shut down five of London’s busiest locations across 11 days.

Penguin have also agreed for members of Extinction Rebellion to come in and give their staff members a talk on the climate and ecological emergency. Board directors are to meet with activists later in the month to discuss how Penguin can lead the publishing industry in tackling climate change.

90s Glasto legends Radiohead have released 18 hours of unheard material in an album online and donated the proceeds to Extinction Rebellion. The band had been hacked and the material stolen. Ransomers said they would release the material unless a payment was received. Band members acted swiftly to spike the threat and released the collection themselves at £18.00 a time.

Recently Extinction Rebellion have mounted a blockade at the BP Portrait Awards; protested outside a BP sponsored screening at the Royal Opera House; and made threats to the Natural History Museum if they continue accepting donation from the oil giant. Activists also joined Greenpeace to  delay an oilrig being deployed off the Scottish coast.

Rebels from across Europe and beyond convened a conference in Lollar, Germany to harmonise plans for Autumn’s Rebellion.

Rebels will meet with the BBC editorial staff having recently been consulted by The Guardian on a July on the 'Tell The Truth' campaign.

In a movement that sounds like an upgrade on the spirit Greenham Common, Extinction Rebellion is actively seeking free accommodation for Rebels all over the country so they can give up work and go rebelling instead. They are also looking to enrol recruits in to an ‘XR University’, a buddy scheme for integrating new rebels into the ranks in the UK.

This was expected to be the first in a series of disruptive actions in Lewisham as part of a campaign called ‘Let Lewisham Breathe’. Extinction Rebellion Lewisham warned drivers in advance of the disruption with banners and posters on the affected routes. They also contacted local schools and provided the emergency services in Lewisham a contact number so that protestors could clear a path for ambulances and fire engines needing to pass through the protest points.

The book includes contributions from activists all across the world. Academic and activist Vandana Shiva has written the foreword and the former Archbishop of Canterbury Rowan Williams has written the afterword. Other contributors include: Kate Raworth, Caroline Lucas MP, Clive Lewis MP, Hindou Oumarou Ibrahim, Farhana Yamin, and President Mohamed Nasheed of the Maldives.

The book is printed on 100% recycled paper.

Picture: Heathrow Extinction Rebellion activity will not take place in June and July but the organisation does have plans to disrupt the airport in future.