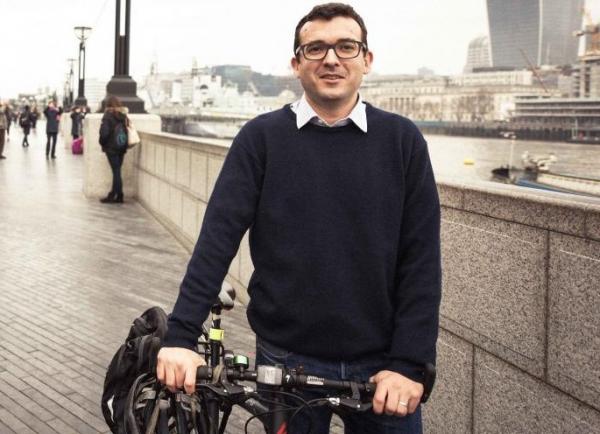 Dr. Will Norman was challenged about his role and how he intends to change the habits of hundreds of thousands of Londoners by the London Assembly on Wednesday 19 (see report in next week's TWinFM). Topics included: How the new Walking and Cycling role compares to the old Cycling Commissioner role? What money is available for walking and cycling? Why the Quietways project is so far behind schedule? And what progress the Mayor of London has made on his major pedestrian schemes?

Norman was also quizzed on what he will do to deal with conflict and complaints from other road users, plans for car-free days and how to broaden the appeal of the cycle hire scheme to under-represented groups.

Cycling to work is linked to a substantial decrease in the risk of developing and dying from cancer or heart disease, a study published in The BMJ has found.

The study had a massive 263,450 participants from 22 sites across the UK. It found commuting by cycle and by mixed mode including cycling were associated with lower risk of all causes of mortality (apart from being run down by a motor vehicle) with a particular focus on cancer. Walking was associated with a lower risk of cardiovascular disease but unlike cycling, the risk of death from cancer was no lower than in people who drive or use public transport to get to work.

Picture: Will Norman change the way we commute?