Over 1,500 cyclists came together last weekend to take part in the ‘Mitie London Revolution’, a 192 mile cycle ride around London, and the largest multi-day sportive in the UK.

Over 200 Mitie people took part, either as riders or volunteers, in the event which was organised by Threshold Sports, the sports marketing agency co-founded by double Olympic rowing champion, James Cracknell.

The route took in the well known London landmarks, scenic back roads, and historic Olympic venues, e.g. the rowing lake at Eton Dorney, and Box Hill in Surrey which formed part of the 2012 Olympic road race.

Mitie, the FTSE 250 strategic outsourcing company, sponsored the event for the second year running, in association with its partner charity, the Mitie Foundation and social enterprise, Working Knowledge.

As part of the partnership the company has raised over £25,000 which will be used to setup a new Business Development Academy. The academy will help harness the burgeoning business talent of 12 young people by offering them formal business training as well as a year of work experience at Mitie as part of a recognised apprenticeship.

A delighted Ruby McGregor-Smith, Mitie’s CEO, said: “We’re passionate about providing people with the opportunity to fulfil their potential. Partnering with organisations, like Working Knowledge through the Mitie Foundation, helps provide a brilliant start for young people in the world of work, as well as helping secure the future of companies like ours.”

The FTSE 250 strategic outsourcer set up the Mitie Foundation in April 2013 to bring together its community engagement activities, including the Real Apprentice scheme  and develop new programmes aligned to its goal.

The concept focuses on creating opportunities for people of all backgrounds to join the world of work by raising aspirations and unlocking people’s ‘true potential’ through three key areas:

The celebration was attended by Esther McVey MP, Minister for Employment, and Mitie’s CEO, Ruby McGregor-Smith CBE. It also saw the presentation of awards to several business partners who have made a significant contribution to developing the Mitie Foundation’s programmes, including Placeability, RBS, SThree, and Working Knowledge. Four of the Mitie Foundation’s ambassadors were also recognised for volunteering their time and engaging with the range of programmes the Mitie Foundation supports.

Esther McVey, Minister for Employment, said: “Supporting young people to get their foot in the door and build a career for themselves is one of my key priorities. Already, the number of young people in jobs is going up and youth unemployment is dropping, but there is always more to do, which is why working in partnership with organisations like the Mitie Foundation is vital in helping to create jobs and supporting young people to fulfil their potential and secure their future.” 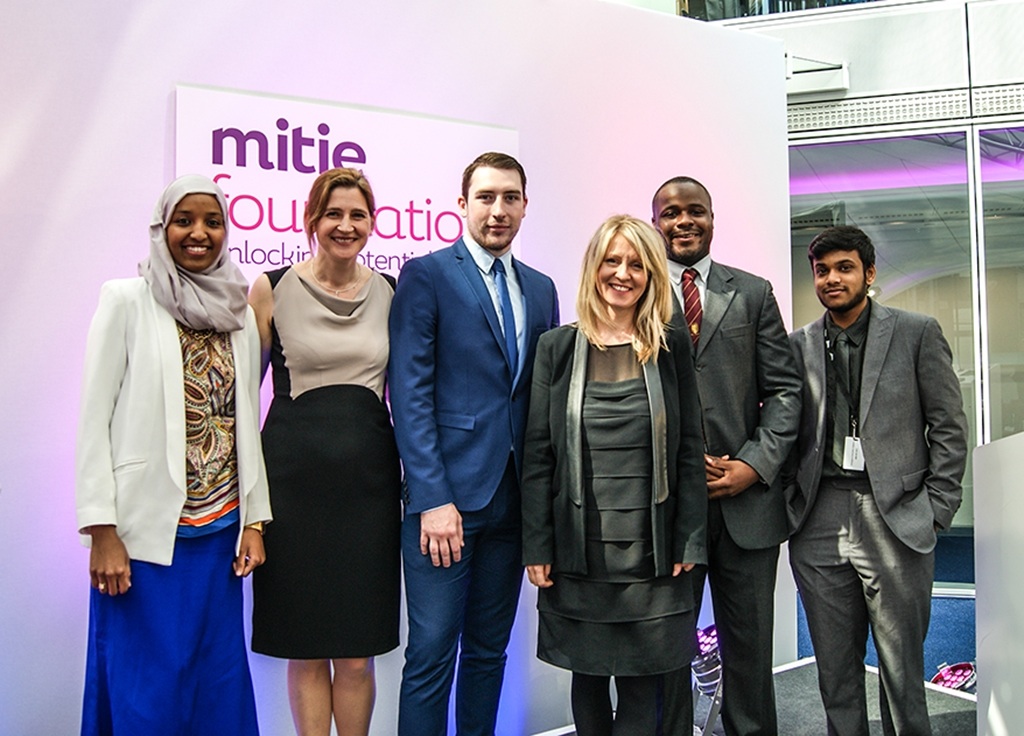 Main picture: Some of the 1,500 cyclists who took part in the cycle ride last weekend that was sponsored by Mitie.

Above: Some of the young people benefiting from the work the Mitie Foundation has achieved in its first year, were at the recent celebration of the anniversary