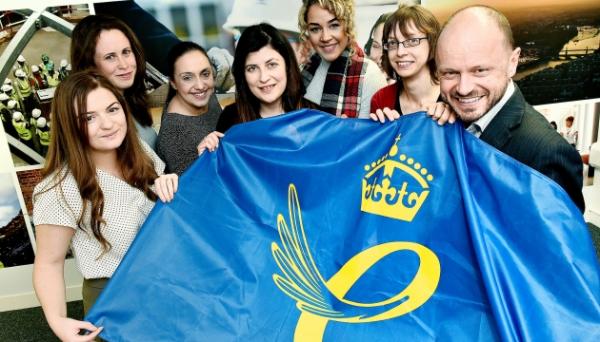 176 Queen’s Award for Enterprise winners were announced on Friday April 21 on Her Majesty the Queen’s 91st birthday. Two companies in the FM sector have made the grade.

Carillion has received the Award in recognition of its contribution to sustainable development.

Carillion will now be able to use the Queen’s Awards emblem for the next five years. Representatives from the company will be invited to a reception at the Palace later in the year to mark the achievement.

Carillion Chief Sustainability Officer David Picton said: “Whilst it’s a great honour to have won the Queen’s Award, it’s exceptional to have won it for sustainability. In tough, competitive markets. It recognises the value of investing in sustainability – it does matter, it does make a difference and does build a better long-term business for those who invest in us.”

Carillion won the Award for demonstrating its commitment to a balance across environmental, economic and social impacts, plus evidence of sector leadership through its Sustainability 2020 strategy. Through detailed analysis of its relationships with employees, customers, suppliers and other external partners, Carillion was able to demonstrate a strong commercial case for sustainability, integrated with its core strategy and a contribution to profit contribution through sustainable behaviours and actions.

Rentokil’s international pest control revenues increased by 73% between 2010 and 2015, and in 2016 total ongoing revenues (inc. UK) grew by 25.9%. Rentokil has expanded its pest control operations significantly in North America, Latin and Central America, Middle East, Asia and Pacific over the last three years. Rentokil has won big contracts including the Rio Olympic and Paralympic Games.

Andy Ransom, Chief Executive of Rentokil Initial plc said: “Being acknowledged in this way is a fantastic achievement. The business has great opportunities to continue its success with multiple drivers of growth and increasing demand around our international markets.”

BaxterStorey’s food development team has launched a new range of hot and cold recipes for its Healthy Me menu. From the Green Goddess smoothie containing spinach and invigorating ginger, to spicy Thai salmon fishcakes with a fresh beetroot, carrot and orange salad, the new recipes have all been nutritionally analysed to fit healthy eating principals.  Gabriella Roberts, head of nutrition at the company, said: “Last month, Forbes reported businesses that maintain a healthy workplace in a consistent and sustainable manner, often avoid burnout of staff and support people that grow great companies. We know that poor diet is a contributing factor to lost productivity in the workplace and we work with clients to offer staff across our 600 locations access to a greater choice of healthier options.”

All 40 new recipes avoid processed ingredients, high levels of saturated fat, sugar and salt, focusing on ‘good fats’ such as natural cold pressed oils, nuts and seeds. The range gives busy workers access to quick ‘grab and go’ options, without compromising on time or taste, inspired by ingredients designed to slowly release energy throughout the day.

The Highland Council and Mears FM, in conjunction with Alpha Schools (Highlands), have concluded negotiations to agree cost and risk reduction measures on the PPP Highland Schools Project, that are set to deliver million pound savings to the Council over the life of the contract.

Mears has worked in partnership with Alpha Schools and The Highland Council since the 10 new schools were opened in 2007 and are contracted to deliver the services for 30 years, with 20 years remaining on the project.

Vertas has entered partnerships with 12 schools in and around Norwich to improve the catering service, increase meal uptake and save the school running costs as a result. Ian Surtees, Vertas Group Limited’s CEO, said: “With my own children attending schools in the region I am fully aware of the challenges which face school leaders in providing a quality service with an ever decreasing budget. Through our investment into local supply partnerships, we have been able to develop an excellent food offer and save the client money.”

Survey shows that eighty-three per cent of FM professionals believe BIM will support the delivery of facilities management Building Information Modelling (BIM) has the...