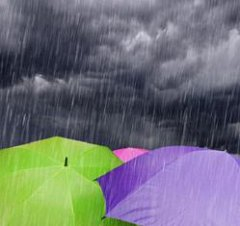 A report has shown that the Climate Change Agreement for UK data centres is already having a beneficial impact. The report, which was unveiled at a meeting organised by DatacenterDynamics that took place at London ExCeL in November.

The author, Emma Fryer, is an expert on the subject, and her report is entitled Climate Change Agreement for Data Centres: First Findings and is designed to help those interested in applying for the scheme.

Findings show that despite early adopters having a short window in which to register for the first phase of the new scheme, the data centre industry has enthusiastically embraced the opportunity.

“The last four years have presented a steep learning curve for me and I was delighted – and relieved – when the CCA eventually came into force in July,” explained Emma Fryer, Associate Director at techUK, who led the negotiations and has been closely involved in the registration process. “Now our data centre operators are dealing with their own learning curve as they get to grips with the nuts and bolts of registration and implementation. What is clear is that the heavy lifting is by no means over and we will be watching closely to see how companies meet the requirements of the scheme, and also the impact it will have on energy stewardship and investor confidence looking ahead. This is very much the beginning of the process, not the end.”

Tribute was paid by Giovanni Zappulo, Project Manager at DatacenterDynamics. “Emma Fryer’s contribution provided attendees with detail on the first findings report which will be of great benefit to operators planning to join the scheme in 2015.”

Picture: Data centres are learning how to cope with the implications of climate change