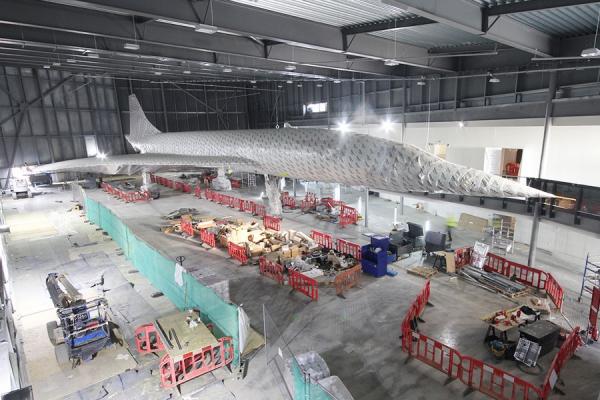 The last Concorde ever to have been built - and thus the last ever Concorde to take to the skies - is to go on show at  Aerospace Bristol, a new and massive museum to open in the summer.

However, it had already been delivered to its new purpose built hangar home before the place had been finished and painted...and the end wall completed. So it was wrapped in protective film while works took place.

The task of wrapping and unwrapping a supersonic passenger jet was accepted and successfully completed by protective film specialists Packexe.

Lloyd Burnell, Executive Director of Aerospace Bristol, said: “It’s fantastic to see Concorde unwrapped and looking stunning in her brand new home. As the centrepiece of Aerospace Bristol’s exhibition, Concorde will inspire the next generation to pursue careers in engineering and develop the big ideas of tomorrow. We can’t wait to welcome our first visitors on board this summer.”

Packexe CEO, Andrew Orchard, said: “Although we usually supply protective film for various industries, we are always ready to meet a new challenge. So when Aerospace Bristol, one of our favourite charities, asked us to wrap Concorde to protect her from the final stages of building works – how could we refuse?”

Aerospace Bristol is being developed by the Bristol Aero Collection Trust, a registered charity that relies on corporate supporters and public donations. With a further £2 million required to finalise the £19 million project, the charity is currently seeking supporters.

To make a donation or offer support visit aerospacebristol.org or call t. 01179 315 315 during office hours 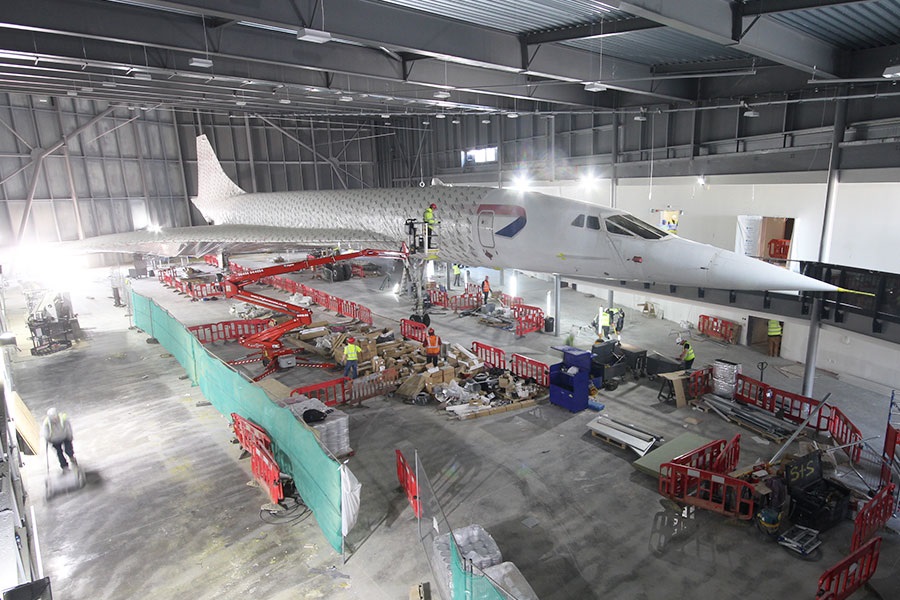