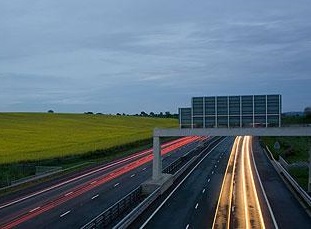 The Transport Committee has published a report, warning that the Government should not proceed with 'all lane running' schemes while major safety concerns exist.

The Committee did not agree with Government that this is an incremental change and a logical extension of previous schemes. It concluded that the permanent loss of the hard shoulder in all lane running schemes was a radical change and an unacceptable price to pay for such improvements.

Chair of the Transport Select Committee, Louise Ellman MP, commented: "The permanent removal of the hard shoulder is a dramatic change. All kinds of drivers, including the emergency services, are genuinely concerned about the risk this presents.

"It is undeniable that we need to find ways of dealing with traffic growth on the strategic network. But All Lane Running does not appear to us to be the safe, incremental change the Department wants us to think it is. While 'smart motorways' have existed for years, this is fundamentally different. Government needs to demonstrate that All Lane Running schemes do not make the road any less safe that the traditional motorway with a hard shoulder."

The Government has a model which has worked. The scheme on the M42 has a track record of safety and performance but subsequent versions have gradually lowered the standard specification. The most recent incarnations of All Lane Running have less provision for safety measures than original pilot schemes.

The Committee heard significant concerns about the scarcity, size and misuse of emergency refuge areas. It also heard about worryingly high levels of non-compliance with Red X signals. Levels of public awareness and confidence about using these motorway schemes are low.

More to be done

Ellman concluded: "The Government needs to demonstrate considerable improvement in this area, including more emergency refuge areas, driver education and enforcement, before the Committee will endorse the extension of a scheme which risks putting motorists in harm's way."