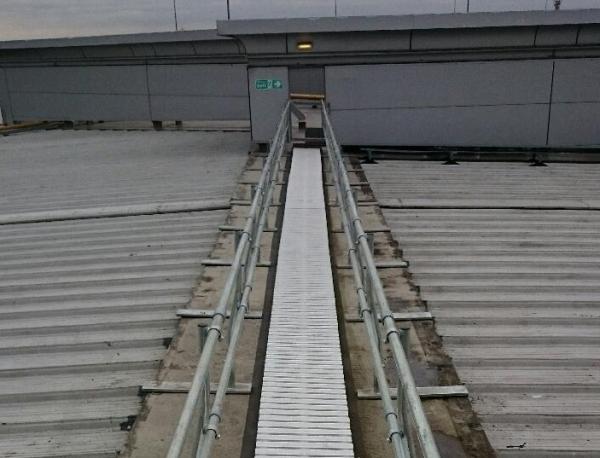 Premier Technical Services Group’s (PTSG) Access & Safety division was called to Marks & Spencer’s Gemini store in the town after reports of a broken safety cable lining the fire escape route on the roof.

Upon inspection, the team advised the retailer that a new route should be fitted to improve safety.

The initial callout was regarding a snapped cable; which would be regarded as a routine piece of work for the team. However, due to the condition of the existing walkway, it advised that a new fire escape route would improve the safety of people using it.

“Upon our advice, the client instructed us to deliver the works,” explained Paul Evans, Divisional Director, PTSG. “ We removed the existing walkway and edge protection, and installed a new route with steel handrails. All of the works were carried out in a day and within a week of the initial callout.”

PTSG Access and Safety tests and certifies fall arrest equipment and suspended access equipment for all Marks & Spencer sites that have equipment throughout the UK and Republic of Ireland. The division has maintained this contract for a number of years and it works closely with the FM team at Marks and Spencer, holding monthly update meetings. It provides regular asset lists with test dates and is monitored monthly by the client. 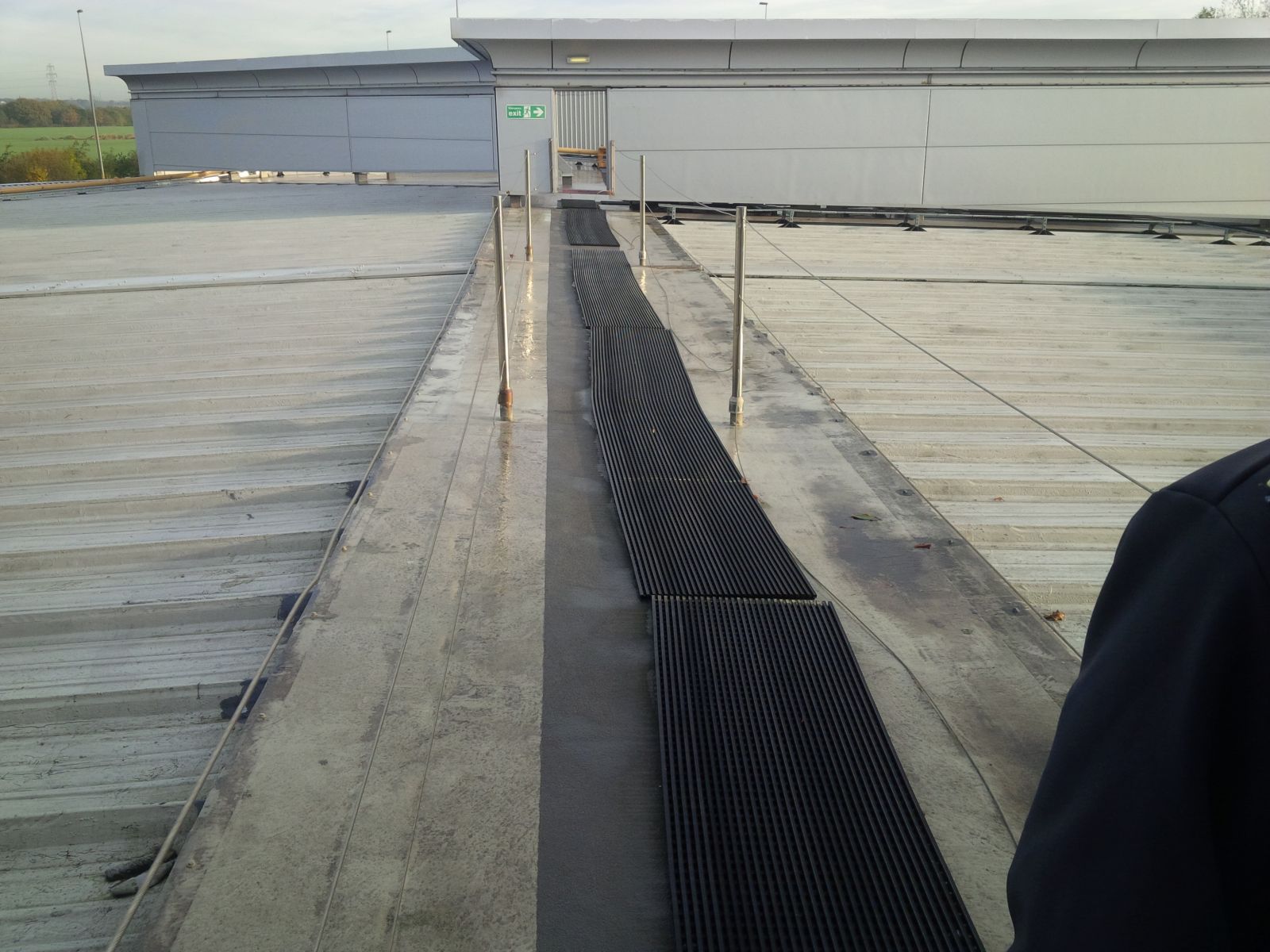 Pictures: Before and After. Main picture - after. Article above, what the PTSG Access & Safety division found and then installed to make the escape route properly safe

Sales of plastic bags by the seven biggest retailers in England have fallen by 90% and one retailer is changing and eliminating packaging. So how are attitudes towards...

Tintagel Castle, where King Arthur and wiley wizard Merlin made their home in the days of the Knights of the Round Table, now requires lightening protection. The...