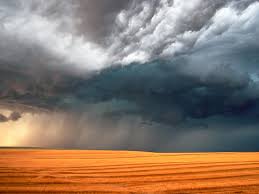 The severity and persistence of the series of low depression weather systems sweeping across the West and Southern parts of England, Wales and Scotland, and the allegations of poor performance by the Environment Agency and the government, have dominated headlines.

The Environment Agency’s head, Chris Smith, has come under great criticism for his rather tepid response to the crisis, especially when it came to the West Country, notably in Somerset. While he talked about visiting in a couple of weeks and the Environment Secretary, Owen Paterson, said he would wait for a report in six weeks, Prince Charles appeared to win over suffering residents by showing his face and offering £50,000 in relief.

Prime Minister, David Cameron, has stated there would be an additional £100 million for flood works with £75 million over the next year and £10 million earmarked for Somerset which has been hit particularly badly.

Flooding has not been the only problem. Western Power Distribution has stated that 44,000 of its customers had suffered from power cuts since this Tuesday afternoon (4 February) with 9,680 having no power at all across the South West. Cornwall was particularly badly affected with 7,800 customers having no electricity.

While fingers of blame are being pointed at the government for its cuts in funding of the Environment Agency and of the latter’s languid response at the top, there are a number of guides available that offer advice in how to deal with these extreme events, particularly in flooding.

The Royal Institute of British Architects (RIBA) is a source of some help to owners and FMs of buildings. In terms of the best scenario, building in defences to a new building is the ideal option. Retrofitting into existing buildings is possible but there are inherent problems, especially in coastal areas. RIBA has published 07 Designing for Flood Risk Climate Change Toolkit which is in PDF format and can be downloaded. There is also its 2008 RIBA PRACTICE BULLETIN - No. 45, along with other guidance on the subject. Visit: www.architecture.com

The damage is forecast to continue with further storms well into next week, wrecking buildings and infrastructure, along with a number of public figures’ reputation.

See You All at ExCel?

We have busted through the mercury, with temperatures exceeding 30 degrees with wall to wall sunshine for most of us, writes Vicky Lopez. I expect many of you are...

Outlook for Thursday to Saturday Colder and windier for all on Thursday and Friday, with sunny spells by day and frosty nights. Winds easing into Saturday with showery...