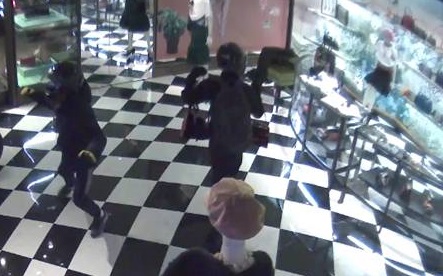 Detectives in Westminster are hunting for a moped gang wanted in connection with a series of raids at high value designer stores.

Since early September, Fendi, Miu Miu, Hugo Boss, Browns, House of Fraser and Prada have all been targeted by groups of individuals on scooters launching 'smash and grab' raids.

High value handbags have been taken in all but one of the cases in the raids which usually last no longer than a few minutes in the middle of the night.

In one of the latest raids at Prada, Old Bond Street, W1S a security guard was knocked off his feet and beaten over the head and back with a hard object seconds after the gang had smashed their way in with a scooter which was driven through a large display window.

The security guard, aged in his 60s, was taken to a central London hospital . He is now recovering at home.

Handbags worth over £100,000 were stolen in that raid which took place on Thursday, September 21. Images of those involved in the attack were released by police on Tuesday October 3.

The raid lasted just two minutes between 3:45am and 3:48am. The five suspects made off from the scene on scooters and mopeds. The moped gang left at speed and sounding their horns as they passed an articulated lorry backing into the Marks and Spencer on Eversholt Street.

DC Paul Clarke, from Westminster CID is leading the investigation. He said: "A gang wearing mainly dark clothing and using black scooters have prowled the streets of London and committed these brazen attacks on a number of occasions. These 'smash and grab attacks' last only a few minutes but are committed by individuals who are carrying weapons including axes, knives and crowbars.

"There appears to be little planning ahead of the raids but high value stores are singled out with entry forced in the quickest possible manner by the group who have smashed large display windows using weapons and scooters.

"Due to the description of the individuals involved and the methods used, we are working on the basis that these attacks are linked. The gang routinely use motorcycle helmets and dark clothing to conceal their identity.

"As well as the criminality of the burglaries, our concern is also that they have not hesitated to use violence to ensure their raids remain undisturbed.

"A number of enquiries, including the recovery of detailed CCTV footage are ongoing."

Chief Superintendent Peter Ayling, Borough Commander for Westminster said: "I would like to reassure businesses in Westminster and across Central London that we are doing everything we can to find and arrest the culprits involved in these commercial burglaries. They have caused thousands of pounds worth of damage to stores on top of the high value items that have been stolen.

"We have a committed team of expert investigators reviewing many hours of CCTV footage and exploring forensic opportunities. Both high visibility and covert patrols are taking place in and around the areas where these gangs have been shown to operate. Through our excellent working relationships with businesses and stores in the area we are working hard to prevent further offences. These brazen criminals will find their luck runs out soon and they will be brought to justice."

Chronology of 'smash and grab' raids:

5 September: Fendi store in Bond Street, W1 was targeted by a group of up to seven suspects using three mopeds/scooters who smashed their way in via the front glass door. A quantity of hand bags and purses taken during the raid which took place between just after midnight. Value of goods stolen is unconfirmed but believed to be over £200,000.

25 September: Police were called at 1:50ham to reports of two mopeds and one motorbike attempting to break in at a designer clothing shop Miu Miu at New Bond Street, W1. Officers attending are thought to have disturbed the suspects who had fled the scene prior to police arrival. They had caused significant damage to the outside of the premises but had not managed to steal and goods from the store.

26 September: Police in Westminster were called to Oxford Street at 2:50am to reports of a burglary at the Hugo Boss clothing store in New Bond Street. On arrival, officers could hear the store alarm was sounding and saw that windows had been smashed. At this stage it is believed this burglary was committed by eight suspects who were riding on 4 mopeds [two riders per vehicle]. Some items of clothing were dropped by the thieves as they fled the scene. Value of goods stolen is unconfirmed but believed to be over £10,000.

27 September: Browns Ltd Browns Ltd in South Molton Street, W1 was targeted by a group of up to four suspects on two scooters between just after midnight. Entry was forced after a large rear door was forced open. Suspects made off towards Oxford Street. Value of goods stolen is unconfirmed but believed to be over £10,000.

2 October: Mulbery, New Bond Street. At 12:20am, three mopeds arrived at the location and set about the window with what appears to have been a claw hammer. They did not manage to gain entry on this occasion.

Pictures: Main - the raid at Prada. Below - the damage at House of Fraser (Sept 19) 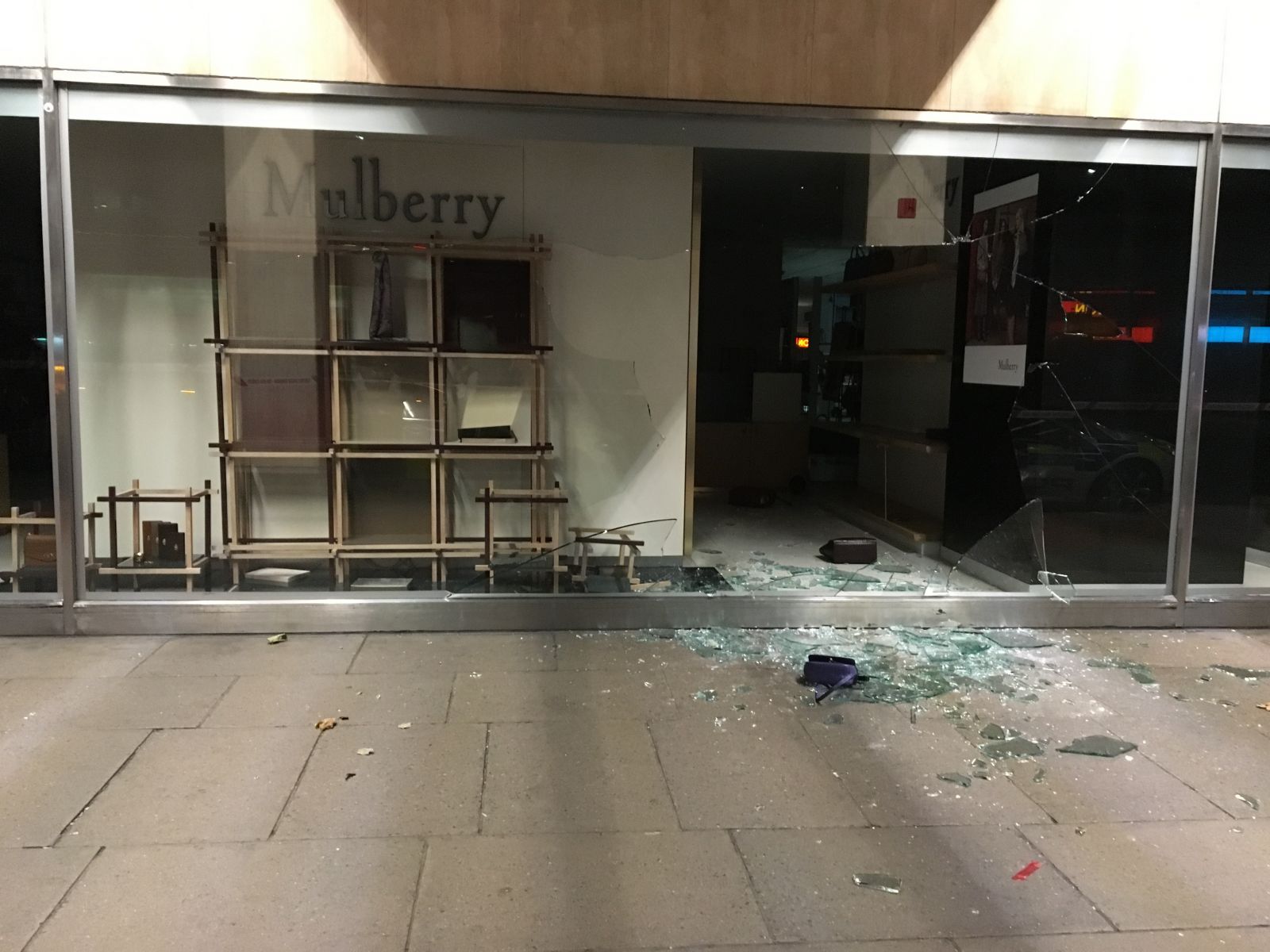 Millions of people have fled their homes to escape conflict in Ukraine ‚Äì TWinFM has collated the latest support offered from those in the facilities management industry. Click Image To Read More

The second report by Rinnai‚Äôs Chris Goggin on the other Scandinavian countries reviews the measures undertaken to decarbonise national fuel supplies. Click Image To Read More

Heat pumps are now included in the H3 product list of solutions that further expand on Rinnai‚Äôs array of present and future low carbon products. Click To Read More