Did You Hear About Paul - An Equality Inspiration 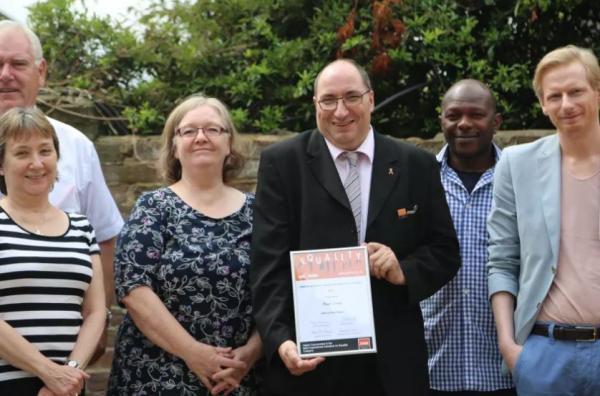 Paul Sony, a security officer, has received the ‘Highly Commended’ award for Most Inspirational Individual on Equality in the GMB or at Work.

Sony has been working as a security officer for Mitie for over four years and is a long-standing GMB trade union representative and branch equality officer, as well as the regional equality representative for GMB’s LGBT+ forum, GMB Southern Shout!

Out of the 639,000 GMB trade union members throughout the UK, Sony was presented the award by the GMB President, Mary Turner, at their annual Congress in June, in recognition of his drive, drive, commitment, hard work and achievements on equality issues.

Sony dedicates much of his personal time researching, studying and promoting equal rights, as well as speaking regularly at LGBT events, representing the GMB at regional Pride events, and promoting various national equality and diversity campaigns.

One of Sony achievements to date has been pushing through a motion to have a GMB equality forum set up across every region, which was successfully passed last year and is now fully in motion.

Upon receiving his award, Paul said: “Over 15 years ago I came out as a gay man to family, some work colleagues and close friends. I’ve been lucky enough to be part of Mitie and the GMB union, who both support me and take the time listen to my views and ideas on how we can drive equality and support others in the workplace."

Paul Sony, pictured centre, alongside some members of the regional GMB committee