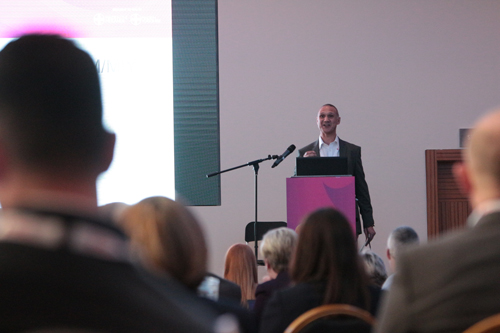 January 22 saw an inclusivity campaign launched at Manor Grove, in Handsworth, Birmingham, as a direct response to addressing the UK's engineering skills gap.

Hosted by the Made in Group, a manufacturing and engineering membership body, the event brought together manufacturing leaders across the country to debate the important topics of diversity and inclusivity.

Jason Pitt, Made in Group CEO, kicked off the event with the 'what' and the 'why'. He said:  "Across the UK manufacturing and engineering sector, there are widespread concerns regarding an ageing workforce and the insufficient number of skilled workers. This campaign is therefore not just about doing the right thing, it's about finding a better way of doing business, maximising potential and driving productivity.

"It is proven that more diverse and inclusive organisations are over 30 per cent more productive.

"Companies that sign the pledge, will gain access to numerous workshops and earn the inclusivity marque at the end of the six month journey. Not only will this help you gain a competitive advantage but you'll be future-proofing your workforce."

Next to take the stage was Gamiel Yafai (pictured), diversity & inclusion strategist and author of Demystifying Diversity, to discuss the benefits of inclusivity to both employee and employer. He said: "The business case for inclusivity is a strong one. Women play an increasingly important role in economy, societies are becoming more multicultural and the workplace is now multigenerational. Society is changing - the talent is there and we need to tap into it. If you don’t, your business could be losing out."

"I still think we have an issue of employing people that look like us," said Johal. "We have that across all communities. If you go to a manufacturing plant started by an Asian entrepreneur, you'll often find most of the workers are Asian. Diversity is a difficult subject for people to deal with."

This brought about discussion of the perception of the industry, at school age.

"Manufacturing hasn't lost that oil rag image," added Burt. "Teachers don't know what's out there and so we need a new generation of career advisors. This is a clear area for government policy. Many companies already do a fantastic job at encouraging young people to visit, but we need to see more of this investment to ensure the survival of the industry.”

"The concept isn't tangible at school," added Wiffin in response. "Young people don't have an understanding of what engineering is in practice. I was very lucky that I had a supportive physics teacher and had access to taster days at university."

Reid said: "There is very much a traditional business case for productivity and motivation but my frustration is that we've had this same business case for the last 20 years and it has only got us so far. The priority now is the skills shortage. We have a large amount of work coming through, but not the works with the required skills. Diversity and inclusion is less an idea and more of a proven way of tackling the talent issue."

The success of the event was clear, with ten manufacturing directors signing the inclusivity pledge, promising to implement inclusivity best practice in their businesses, guided by the Made In Group’s tool kit. They will also attend workshops and commit to ongoing inclusivity.

Eid al-Fitr - the period that marks the end of Ramadan occurs between Tuesday June 4 and Wednesday June 5. The exact time is announced according to the sighting of a new...

PMP Recruitment has been exploring the concept of reverse mentoring which pairs junior and senior team members. There are approximately 1.8 billion millennials in the...